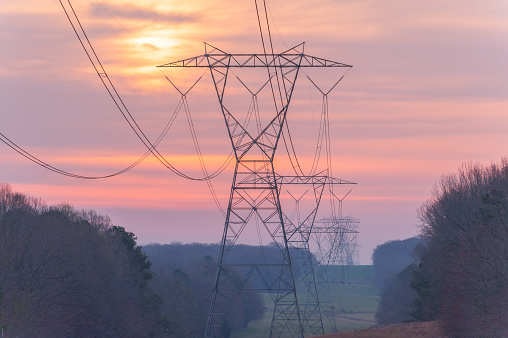 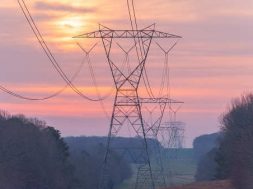 A robust, digitally-integrated grid network expansion is key to integrating renewables into the system as quickly as possible

New Delhi: There is an urgent need for a hefty investment in power grid transmission infrastructure to keep pace with growing low-cost renewable capacity for new households to afford electricity, said research organisation Institute for Energy Economics and Financial Analysis (IEEFA) on Tuesday.

IEEFA in a note titled “India’s Grid Transmission Infrastructure Needs Further Modernisation, Urgently” said that investment of $60 billion to $80 billion over the next five years was required to address the continued structural growth in demand coupled with operational limitations of India’s national transmission grid.

Co-author Tim Buckley, director of Energy Finance Studies IEEFA Australasia said, “The flow-on effect of mass electrification, coupled with the accelerated deployment of renewable energy, is the increase in demand for inter-regional transmission lines and the need for capacity enhancement of power evacuation infrastructure.”

He added that the need for inter-regional grid connectivity would increase with growth in the demand for power in economically poor regions, particularly as India’s economy is foreseeably set to grow at 7 per cent to 8 per cent per annum over the coming decade.

IEEFA said that India has successfully expanded its transmission network capacity at a compound average growth rate (CAGR) of 12 per cent over the five years from March 2013 to March 2018 — in terms of mega volt ampere (MVA). Also, with regard to circuit kilometres (ckm), the transmission lines expanded at a CAGR of 7 per cent from 274,588 ckm to 390,970 ckm by the end of March 2018.

“This rate of growth needs to be maintained, or even accelerated to accommodate the rapid modernisation and expansion of India’s electricity sector capacity, a core underpinning of sustained economic growth,” said Buckley.

IEEFA notes that the expanded national and then progressively international grid interconnectivity would help to reduce existing and developing congestion zones.

It further added that a greater emphasis on faster ramping, flexible generation combined with a nationally-enhanced grid system would be key to diversifying away from India’s growing over-reliance on expensive imports of high-emission fossil fuels.

The simultaneous digitalisation of the grid is equally important to provide greater transparency across the value chain in terms of building an intelligent system that better incorporates asset monitoring, consumer behaviour and demand loads.

Shah further added that while wind power was now the low-cost source of new supply, commissioning has slowed over the last two years, in large part due to the structural limitations in India’s national transmission grid, but also due to the concentration of the best wind sites in just Gujarat and Tamil Nadu.

“More recently, solar installs have likewise stalled even as tariffs have been maintained at internationally low rates of around Rs 2.70-2.80/kilowatt hour (kWh), albeit up from the record low of Rs 2.44/kWh post the module import duty impost. India must urgently build out and modernise the national transmission grid to absorb the greater reliance on India’s huge potential domestic resources of low cost, but variable, renewable energy,” he said.

IEEFA said that the likely benefits to India from expanded competition in the grid transmission sector included the rise of private companies led by Adani Transmission and Sterlite Power becoming increasingly competitive against the very well capitalised and proven incumbent, the majority state owned Power Grid Corporation of India.

Greater competitive tension and wider access to capital markets would both serve India well in accessing the $10 billion to $20 billion annual transmission and distribution investment required.

He added that with renewable energy now India’s low-cost source of new energy supply, the challenge now for India’s electricity market is grid integration of large amounts of variable renewable energy while minimising integration cost. A robust, digitally-integrated grid network expansion is key to integrating renewables into the system as quickly as possible.