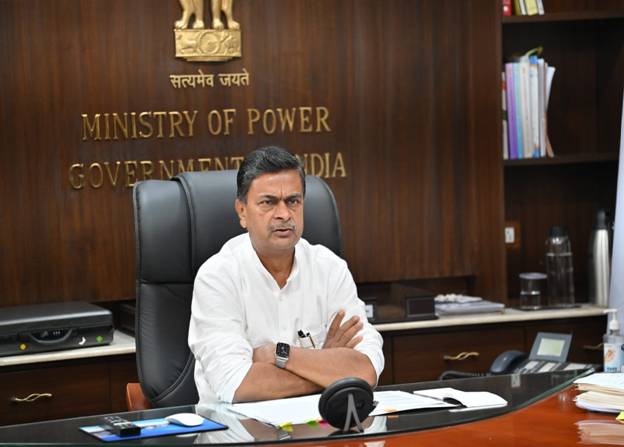 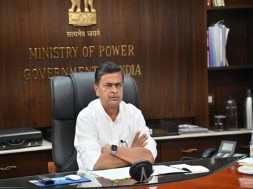 A meeting to discuss the Action Plan for enhancing the investment by power sector CPSEs in renewable Energy Projects, was held under the Chairmanship of Shri R.K Singh, Union Minister of Power & NRE yesterday. Representative of all Hydro CPSEs, NTPC Ltd., MNRE and SECI were present in the meeting.Following decisions were arrived during the meeting:

In-principle approval to be accorded to CPSUs of MoP for bidding of RE power projects at the beginning of year for a pre-determined capacity based on strength of their balance sheet.
The matter of enhancement of power of investment approval of Board of mini Ratna CPSUs for upward revision to be taken up with Department of Public Enterprises.
Proposal for reducing hurdle rate IRR for RE Sector from 10% to 8%, to be taken up with Ministry of Finance.

Bundling of RE projects with New or untied/high tariff hydro projects to be allowed so as to bring down the tariff of hydro power to consumers.
Proposal for waiver of Transmission charges for RE capacity under Flexibility Scheme to be considered.
No requirement for separate PPAs for RE Power developed under Flexibility Scheme
Separate guidelines to be formulated under Section 63 of The Electricity Act, 2003, for bundling scheme, for setting up RE plant on their own land or a new location.

Allocation under CPSU Scheme: It was deliberated to allocate the offered capacity amongst CPSUs through bidding process in some form on equitable basis.
MNRE to examine allowing Solar Power Park Developer/Individual Promoters to participate in TBCB process
Separate policy to be formulated for Floating Solar by MNRE

Issues with State Govt.
MNRE to evolve mechanism to ensure sanctity of bidding process and PPA by the State Government and for rationalizing high Solar Park charges.