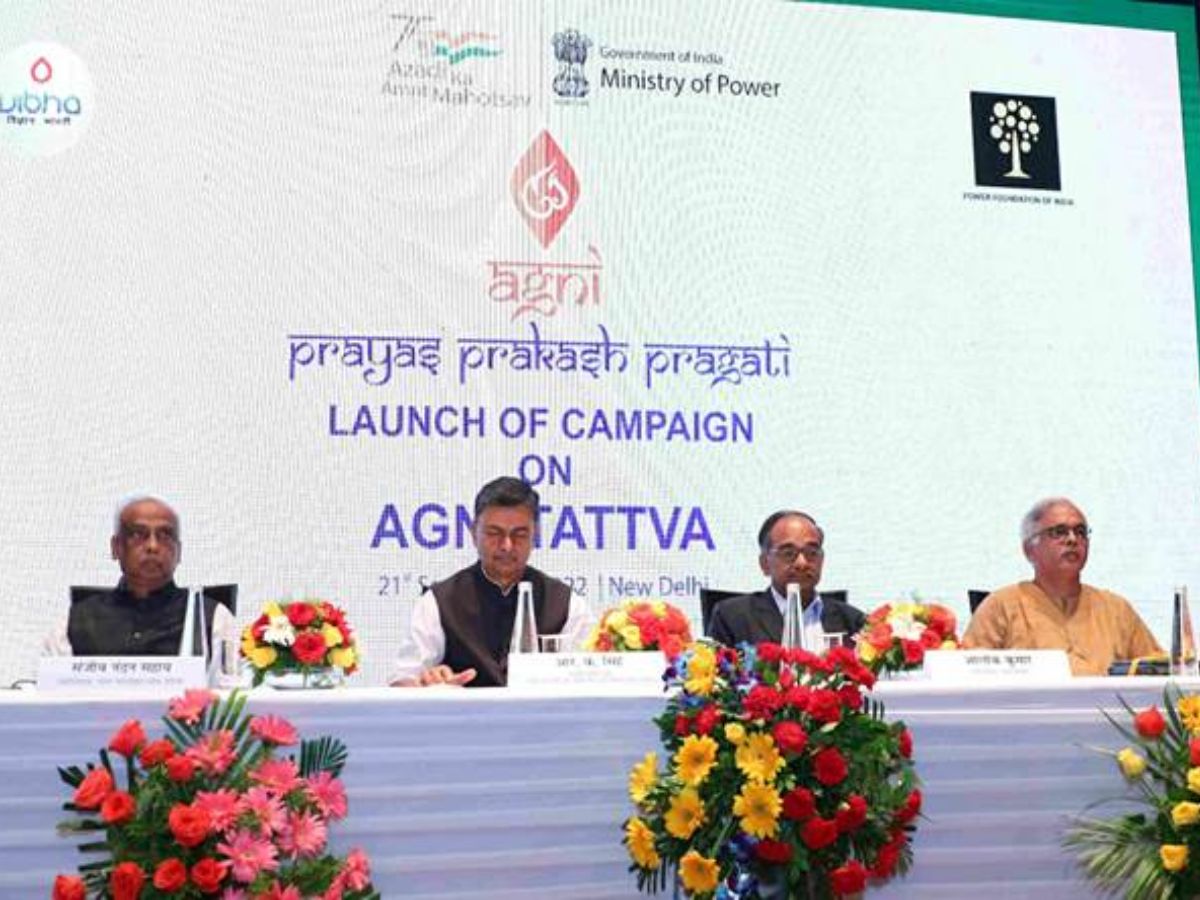 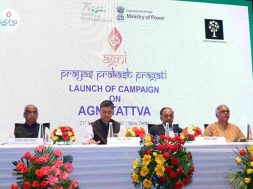 New Delhi: The launch event of Agni Tattva – Energy for LiFE, an initiative under the umbrella campaign of Sumangalam was held yesterday at Nehru Memorial Museum and Library.

Power Foundation of India in association with Vijnana Bharati (VIBHA) organised seminars, events, and exhibitions involving communities, educational institutions, and relevant organisations to create awareness of the core concept of Agni Tattva, an element that is synonymous with energy and is amongst the five elements of Panchmahabhoot.

The outreach program provided a platform to deliberate upon the learning and experiences of subject experts and specialists and explore solutions for a sustainable future for all.

The idea of LiFE-Lifestyle for the Environment was introduced by Hon’ble Prime Minister Shri Narendra Modi during the 26th United Nations Climate Change Conference of the Parties (COP26) in Glasgow last year.

Shri R.K. Singh, Union Minister of Power and New & Renewable Energy while addressing the event delved into pressing issues such as the climate crisis and the bane of development at the cost of indiscriminate use of natural resources.

“Exploiting resources is not native to our culture. We are rooted in simplicity. We have been subconsciously living the LiFE-Lifestyle for the Environment. We worship nature and its various elements. We now have to propagate this thought process to the entire world. Hon’ble Prime Minister Shri Narendra Modi has as already initiated the process. We have now twin objectives before us, firstly we shouldn’t blindly ape the west.

Secondly, we must share our knowledge with the developed nations that have been passed on by our forefathers. India has emerged as a leader as far as energy transition is considered. We pledged at COP21 in Paris that by 2030, 40% of our established capacity of power generation will be from non-fossils, we had achieved it in November 2021, nine years in advance. We had pledged that we shall reduce or emissions intensity of our economy by 33-35% by 2030. Now we are already at 40%, we shall achieve the target in a year or two,” he added.

Shri Alok Kumar, Secretary Power, Government of India, said that there’s a prevalent idea among people that responsible energy transition is a westernized concept. “Our Prime Minister had aptly expressed that India is a responsible country which is rooted in responsible traditions and values. The entire campaign of Sumangalam delivers the key message that we shouldn’t forget the age-old traditions of responsible energy consumption. Our primary focus should be on school-going children, to instill the idea of sustainable living in their minds,” he said.

About Power Foundation of India:

Power Foundation of India is a Society formed under the aegis of Ministry of Power, Government of India, and supported by leading CPSEs. The Foundation is involved in areas of advocacy and research, positively impacting the evolving energy landscape.