Power to the drones: utilities place bets on robots

Power to the drones: utilities place bets on robots

Flying robots that can travel dozens of kilometers without stopping could be the next big thing for power companies.

Utilities in Europe are looking to long-distance drones to scour thousands of miles of grids for damage and leaks in an attempt to avoid network failures that cost them billions of dollars a year. However, the technology faces major safety and regulatory hurdles that are clouding its future in the sector.

Snam and EDF’s network subsidiary RTE have tested prototypes of long-distance drones that fly at low altitudes over pipelines and power lines.

Italy’s Snam, Europe’s biggest gas utility, told Reuters it is trialing one of these machines – known as BVLOS drones because they fly “beyond the visual line of sight” of operators – in the Apennine hills around Genoa. It hopes to have it scouting a 20 km stretch of pipeline soon.

France’s RTE has also tested a long-distance drone, which flew about 50 km inspecting transmission lines and sent back data that allowed technicians to virtually model a section of the grid. The company said it would invest 4.8 million euros (5.6 million US dollars) on drone technology over the next two years.

At present, power companies largely use helicopters equipped with cameras to inspect their networks. They have also recently started occasionally using more basic drones that stay within sight of controllers and have a range of only about 500 meters. 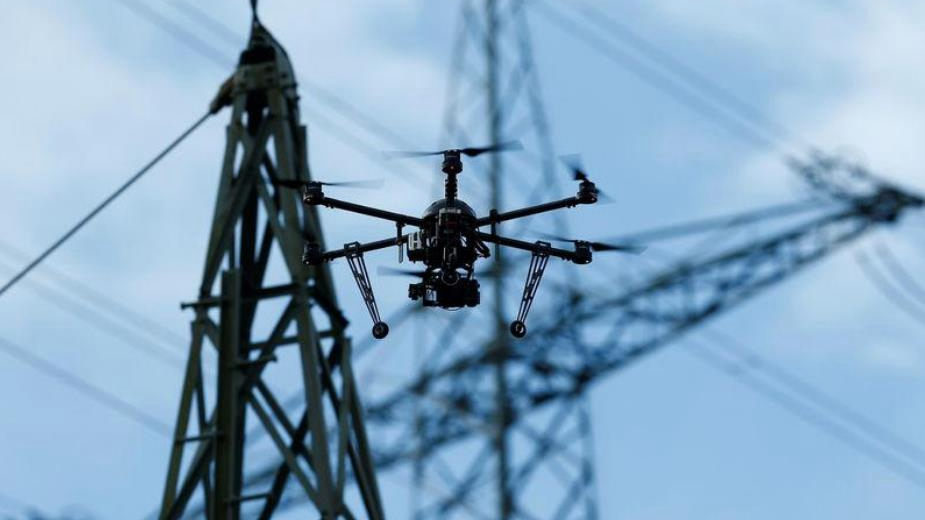 However, an industry-wide shift toward renewable energy and the need to monitor the myriad extra connections needed to link solar and wind parks to grids, is forcing utilities to look at the advanced technology.

“It’s a real game-changer,” Michal Mazur, partner at consultancy PwC, said of drones. “They’re 100 times faster than manual measurement, more accurate than helicopters and, with AI devices on board, could soon be able to fix problems.”

In-sight drones cost around 20,000 euros each and BVLOS ones will cost significantly more, according to executives at tech companies that make the machines for utilities, and a fleet of dozens if not hundreds would be needed to monitor a network.

But that is still dwarfed by the amount of money the sector loses every year because of network failures and forced shutdowns – about 170 billion US dollars, according to PwC.

The growing demand from utilities is coming at a time of swift technological advances in civilian long-distance drones. The prototypes, which are about a meter long and wide, not only have aircraft systems but can avoid obstacles, detect other flying objects – from helicopters to hang gliders – while mapping grids with thermal and infrared sensors.

However, the future of these flying robots in the utility sector hinges on regulation.

BVLOS drone flights are largely prohibited because of safety concerns. However, over the past year, European watchdogs have for the first time granted special permits to allow utilities – namely RTE and Snam – to test prototypes.

The European Commission is working on new Europe-wide regulations to govern the use of civilian drones, including long-distance ones, but has disclosed few details.

A Commission source said the EU executive expected to put forward the rules by the end of the year, with a view to adoption in early 2019. The new regulations should make it simpler for companies that need to operate BVLOS drones to receive clearance, the source said.

“The objective is to speed up the opening of the drone services market,” the source added.

Yet without any clear guidance as to how the new rules will look or will work in practice, many companies have adopted a wait-and-see approach.

The situation is mirrored in the United States.

As in Europe, special permits are needed for BVLOS flights but the aviation regulator, the FAA, is looking to simplify and speed the process of winning such waivers, including by automating it.

ULC Robotics, which provides technology for the energy sector, said a growing number of US utilities were looking at the technology.

“While only a handful of beyond visual line of sight flights have been granted in the utility space, we believe developments in long-range flight are going to advance within the next two to three years,” said business development manager Tom Barracca.

It is still early days for drones in the utility sector, which is known for its slow pace of change.

Companies have only started using in-sight drones over about the past two years. While their short range limits them to specific tasks, such as inspecting a known problem, utilities say they are more efficient at that than helicopter surveys.

“You are not only saving time but also money,” said Sven Bender, key account manager at Innogy, Germany’s second-largest energy group by market value, adding that the use of drones in the industry would pick up further in the coming years.

The company’s Westnetz grid unit has a handful of in-sight drones, which can stay in the air for as long as 30 minutes, to inspect parts of its 182,000 km of power lines in Germany. 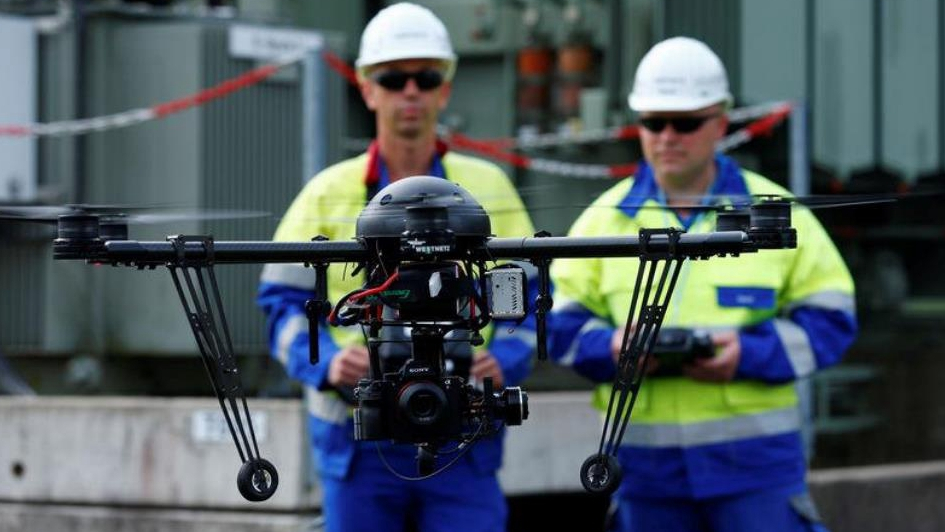 France’s RTE said it avoids 1,400 days of interruption of high-voltage lines each year because it uses drones alongside its helicopters.

Out-of-sight droning is set to be the next frontier for grid operators with their miles of pipes and pylons to inspect.

As the industry gradually moves from large conventional power plants to smaller, more fragmented green energy sources, such as wind turbines and solar panels, it also increases the number of assets and connections that need to be maintained.

A drone flying along a gas grid can detect methane leakage, while along a power line it can do a lidar survey to map the lines, the health of the cable and the vegetation on either side.

“We’ve identified that it can save as much as $180 for every mile of data capture when compared with traditional methods,” said Michael Chasen, CEO of drone maker PrecisionHawk.

It was a tree too close to high tension power lines at the Italian-Swiss border that led to Italy’s most extensive blackout in 2003 triggering a chain reaction across the grid experts say could have been averted with drone technology.

Thomas Nicholls, chief marketing officer at French drone company Delair, said power groups in France and Italy were most advanced with regard to the technology. He added that safety played a major role because inspecting power lines could be a hazardous job for humans.

Dor Abuhasira, CEO of Israel’s Percepto, which supplies drones to utilities such as Europe’s biggest group Enel, sees the technology as ultimately providing a kind of private satellite service to grid operators.

“We are their Google Maps with a few high-tech bells and whistles on top.”

tags: Power to the drones: utilities place bets on robots
50
previous Utilities in Europe to use long-distance drones to inspect transmission lines
next INTERVIEW-In the Sahel, solar power can help ward off extremism - official