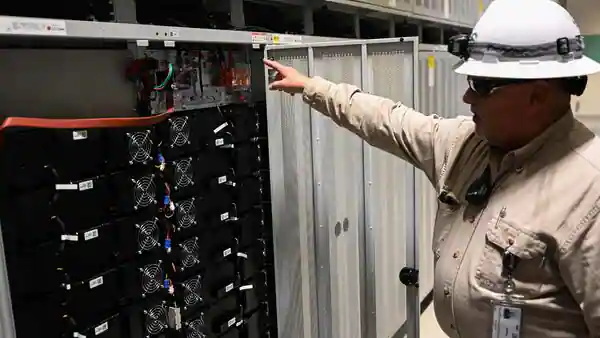 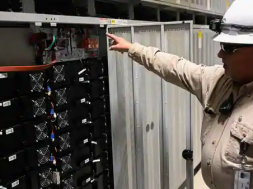 Energy storage, once a sliver of the renewable-power generation sector, is becoming an asset class of its own, and some early private-equity backers of battery-project developers are beginning to reap the benefits.

Broad Reach and Jupiter both build and operate utility-scale battery systems across the U.S. Broad Reach operates solar, wind and energy-storage projects across Montana, Wyoming, California, Utah and Texas. Jupiter owns storage assets in Texas and has a pipeline of 11,000 megawatts’ worth of new projects in various states.

New York-based private-equity firm Yorktown Partners and Switzerland-based energy- and commodity-trading company Mercuria Energy Group Ltd. invested in the two companies alongside EnCap. The three firms recouped their collective investment in Broad Reach with the stake sale to Apollo, according to people familiar with the matter.

Broad Reach and Jupiter were two of the first investments that EnCap made with capital from its debut clean-energy fund, which wrapped up last year with $1.2 billion in commitments.

“It was clear that energy storage was going to become a bigger and bigger part of the electricity grid in the United States,” said Kellie Metcalf, a managing partner at EnCap’s energy-transition group, referring to the firm’s decision to back the two companies in 2019.

Rising adoption of renewable energy is lifting demand for battery systems that can provide power to the grid when weather-dependent solar and wind sources aren’t available. U.S. utility-scale battery-storage capacity totaled 4.6 gigawatts last year, more than tripling from 2020, according to the Energy Information Administration.

Energy-storage developers are attractive to private-equity investors because they can make money in different ways, industry analysts said. They can charge their batteries during periods of low electricity consumption and wait to sell the power when demand—and prices—rise. They also get paid for providing spare capacity as well as so-called ancillary services, such as frequency and voltage regulation, to grid operators.

“Beyond doing an arbitrage strategy, there’s actually a lot more money that could be made in the ancillary-service markets,” said Ryan Luther, a senior vice president at Enverus, an energy-focused data-analytics company. “Storage companies are deploying different strategies and they’re being very sophisticated in the way that they’re actually operating these assets.”

The Inflation Reduction Act, which was enacted earlier this year, gave a further boost to energy-storage developers by extending tax credits to stand-alone projects, storage developers said. Previously, only battery systems that were part of a renewable-power plant qualified for credits.

“The profitability right now is unreasonably strong and that’s why there’s so much competition coming in,” he said of energy-storage projects.

Ms. Metcalf said EnCap isn’t looking to buy another energy-storage company but plans to continue expanding Broad Reach alongside Apollo and its two early co-investors. The four investors last year made an additional commitment of as much as $400 million to the business.

“There is a significant amount of capability to grow that platform, both in the regions they are already in and expanding their geographic footprint,” she said.