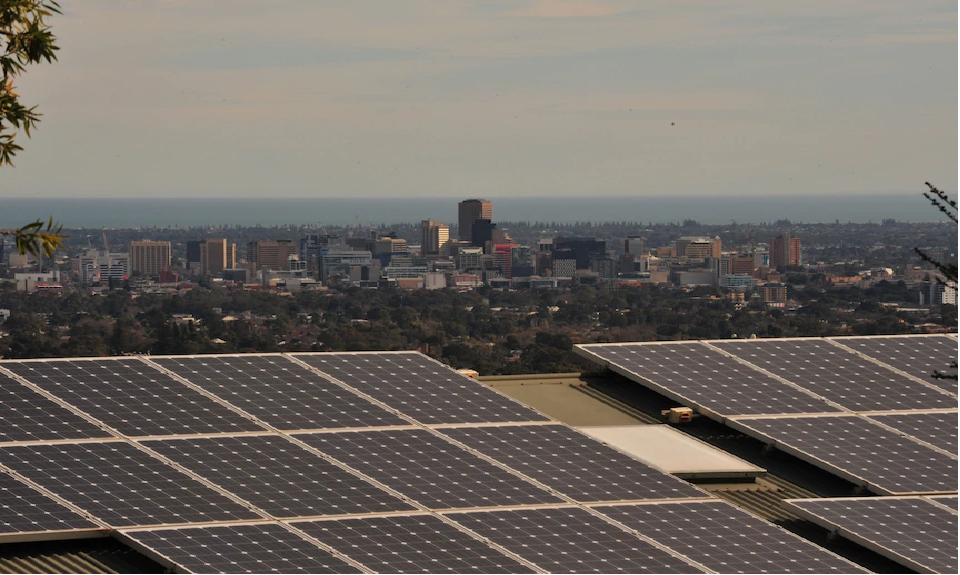 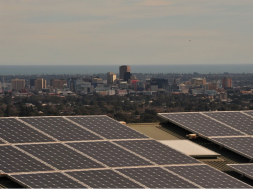 Solar panel owners say they feel punished by proposed changes which would see them charged for exporting surplus electricity to the grid.

Households with solar panels that export power to the grid could be slugged a fee under a proposal by the Australian Energy Market Commission (AEMC).

The AEMC said the increasing number of households with solar panels were causing “traffic jams” in some areas of the grid.

It said tariffs would give network operators the option of encouraging people to export energy back into the grid at times it could handle it, while discouraging it at a time when the grid was overwhelmed with supply.

In the proposal, it said solar panel owners would lose some cash on existing returns, but doing nothing would result in blackouts and intermittent blocking of energy exports — ultimately leaving customers worse off.

The AEMC said the increasing number of households with solar panels were causing “traffic jams” in some areas of the grid. It also found charges to improve the system could eventually leave solar households better off, compared to doing nothing and letting the grid congestion worsen.

But those with panels argue the change would be a bad way of fixing a problem others should fix.

Solar panel owner describes plan as ‘hardly equitable’
Thanasis Avramis installed solar panels in 2008 and said he had saved about $12,000 off his electricity costs.

He described the proposed charges as “unimaginative” and said the issue of network management was for energy companies to solve.

“Many of the issues that have arisen could have been solved with proper investment in the system some years ago and prepared Australians for totally new ways of energy supply,” Mr Avramis said.

“Many people, particularly low-and-middle-income earners, have invested in solar energy to save themselves from the very high electricity costs in this country.

“To then penalise them for trying to solve their own problems is hardly equitable.”

“Big coal and gas generators aren’t charged for exporting their power to the grid, so why should we be hitting Australian households with solar?” Ms Roberts said.

“Solar benefits everybody by driving down power prices, even for people without panels.”

Large rooftop solar systems earning more than $1,200 a year could see their benefits drop by $100.

Smaller systems of 2kW to 4kW — which is most households with rooftop solar — could lose about $30 a year.

They would still earn about $645 per year from feed-in tariffs.

The same modelling also suggested that if the changes were adopted, all Australian households could save up to $25 on their bills each year.

More grid stability needed
SA Power Networks spokesman Paul Roberts supported the tariff system and said the organisation wanted to double the amount of solar panels in its network by 2025.

Mr Roberts said rooftop solar was the largest power generator in South Australia at the moment and it was already causing some issues.

“We need to consult with customers to see how much investment they would like in the network and how much they would like to pay for that,” Mr Roberts said.”For example in Victoria, they are imposing zero [energy] export limits in some areas.

“We don’t want to do that, but in the long-term there will have to be some investment in the network.”

He said that any tariffs were unlikely to come into force before 2025.

“We have to do extensive consultation and then it’s going to have to gain support of the State Government and the regulator so really we’re talking well after 2025,” he said.South Australian Council of Social Service CEO Ross Womersley said tariffs would also protect those most vulnerable.

“The group of people who simply don’t have access to these benefits like solar are those people who are renting and those people on low incomes across our community,” Mr Womersley said.