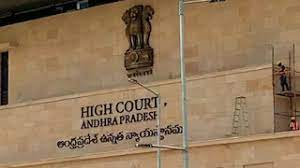 03. It is brought to the notice of this Court by the learned counsel for the petitioner that the works executed by the petitioner under Mahatma Gandhi National Rural Employment Guarantee Scheme (MGNREGS)/Contract Works prior to 2019 and he submitted bills to the concerned officers, but till date payments are not made.

06. Learned Advocate General for the State submits that around 7,60,000 works executed during the period 2018-2019, the State Government is conducting enquiry and due to that reason, there is some delay in making payments. In all the cases, in which no enquiry is pending, they are taking steps to make payments.

08. Having regard to the rival contentions made by the respective counsel, this Court unable to understand why the petitioner is being deprived of without making payment for the works executed by him. After receipt of 75% of funds from the Government of India, it is the duty of the State Government to make payment for the execution of works after adding 25% of State share to the funds released by the Central Government as per the scheme.

09. In the considered opinion of this Court, withholding the amount for which the petitioner is legitimately entitled is nothing but depriving the petitioner. Due to illegal action of non-payment of the amounts promptly by clearing the bills submitted by the petitioner after execution of works, the petitioner could not feed and see the welfare of his family properly and he could not make payments to his employees/workers and he could not make payments to the material suppliers and he has to pay interests for the debts incurred by him for execution of works. Due to this situation, petitioner’s respect and dignity in the society will be deteriorated. As such, the petitioner’s right to life with respect and dignity will be defeated which is violative of Article 21 of the Constitution of India.

10. This Court by Order dated 23.08.2021 in W.P.No.19216 of 2020 (in the case of S. Srinivas v State of Andhra Pradesh and others) held that withholding the amount for which the petitioner is legally entitled, is illegal, arbitrary and unjust and violative of Article 21 of the Constitution of India.

11. Accordingly, there shall be interim direction to the respondents to clear the bills submitted by the petitioner for the works executed by him under Mahatma Gandhi National Rural Employment Guarantee scheme/Contract Works and make payment to the petitioner within a period of two weeks from today.