The January trade continued the trend at high MCP of Rs 2,400 for solar RECs on both the exchanges while it also crossed the INR 2,000 trend for Non-solar on both IEX & PXIL almost after eight years. With the Financial Year 2019-2020 coming to an end, the demand for solar and Non-solar increased on both IEX & PXIL. 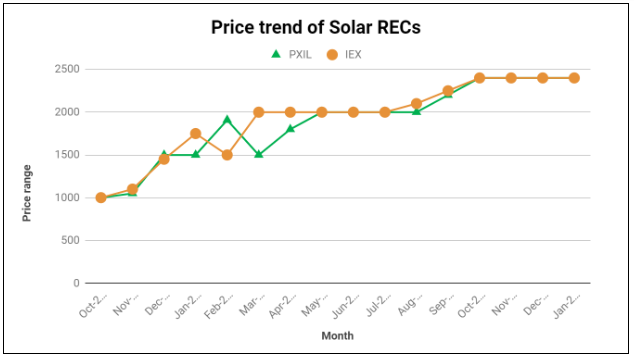 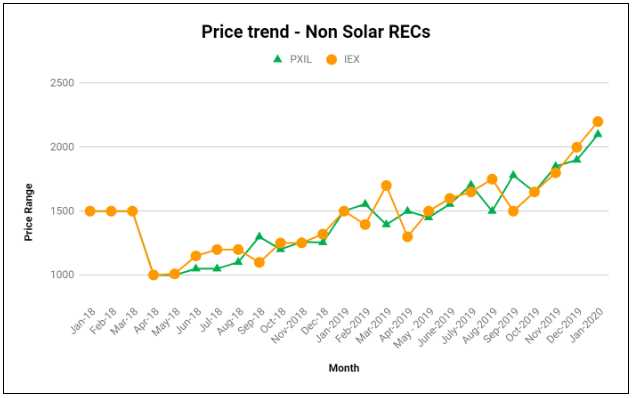 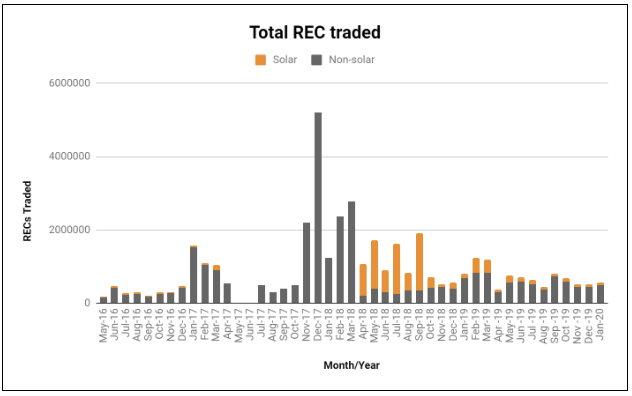