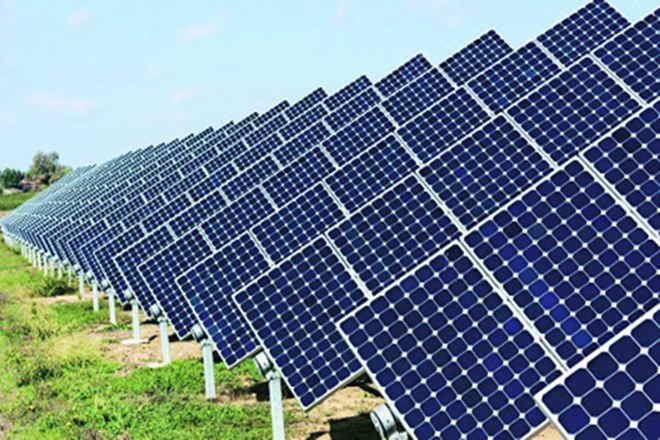 ReNew Power, a renewable energy power producer, is likely to have priced its dollar-denominated bonds on Tuesday, through which the firm could raise close to $400-450 million, according to latest information provided by sources till the time of going to press.

ReNew Power develops, builds, owns and operates utility-scale wind and solar energy projects as well as distributed solar energy projects that generate energy for commercial and industrial customers. As of December 2019, ReNew had a total capacity exceeding 8 GW of wind and solar power assets across the country, including commissioned and under-development projects, the company’s website stated.

Sources said that ReNew Power is issuing a bond with an average life of five-and-a-half years. The initial price target on the bond stood at 6.125%. By Tuesday evening, the final price target was brought down to 5.875%, according to information provided by sources till the time of going to press. FE could not independently verify the same.

“The bond has maturities in two installments and the average life of the bond is about five-and-a-half years. The funds could be utilised for capex and refinancing their rupee loans. The firm is looking to raise close to $400-450 million,” said a source aware of the matter. Bloomberg data show that in September 2019, the firm had raised $300 million through bonds having a maturity of about 3 years at 6.45%.

January also saw Novelis, which is a wholly-owned subsidiary of Hindalco, raise $1.6 billion. Foreign currency bond issuances out of India had hit a record high in 2019, crossing the $21-billion mark for the first time ever. The previous high was recorded in 2014 at around $18 billion.