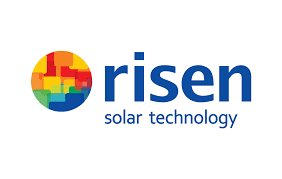 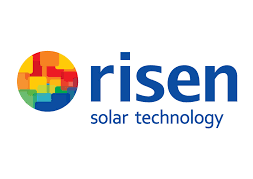 Commenting on the growth for the half year, Risen Energy president Xie Jian said: “We always put customers first, closely respond to market demand, optimize product structure, and improve core competitiveness in scientific research and development, efficient product promotion, process improvement, lean production, cost management and other aspects. With the excellent ability and rich experience of the management team, we can effectively predict the direction of the industry, seize market opportunities and achieve good business performance.”

In 2019, with the continuous expansion of the global photovoltaic market and iterative upgrade of photovoltaic manufacturing technology, Risen Energy continued to pay attention to the trends in terms of the development of the technology and the industry, constantly increased the R&D into efficient technology and scientific research investment, and developed many core technologies.

On August 19, Risen Energy held a groundbreaking ceremony for its 2.5GW high-efficiency heterojunction cell and module project in Ninghai, a county within the city of Ningbo, Zhejiang province. Total investment for the project reached 3.3 billion yuan (approx. US$467 million). The company’s heterojunction cells have a conversion efficiency exceeding 23% and has integrated half-cut, imbricate, double-glass and high-reflectivity backsheet into the cell’s construction. Through the application of high-efficiency bifacial heterojunction cell technology, Risen Energy’s heterojunction components can generate electricity on both sides of the panel and provide investors with a 10-30% higher level of income from the power generated.

Besides the heterojunction cells, Risen Energy’s technology R&D team has also successfully developed the second-generation half-cut technology of ultra-high light utilization and ultra-low power loss through the joint optimization of advanced battery passivation technology and high efficiency component packaging technology. After being tested by the independent third-party certification and testing organization TUV SUD, the company’s photoelectric conversion efficiency for Jaeger HP series of 72 components reached 21%, among the highest across the sector. The maximum conversion efficiency for its MBB monocrystal cell has exceeded 23.00%, with an average efficiency reaching 22.73%. The company plans to gradually complete the switch from 5BB to MBB technology which it commenced in June 2019 and achieve full mass production of MBB technology within this year.

At present, the annual output capacity of photovoltaic module for Risen Energy is 9.1 GW. In the next few years, with the expansion of battery component projects in Ninghai and Jintan, the company’s total production capacity is expected to reach 12GW-15GW.

Based on demand in emerging markets, thousands of projects are being developed and delivered globally

The market outside of China is expected to continue on a path of sustained growth. With the help of sustained breakthroughs in efficient technology and the leading production capacity advantages across the industry, Risen Energy has acted on the opportunity presented by the demand in emerging markets, expanding its business in overseas markets and promoting global development.

This year, Risen Energy built the 132MW (dc) Merredin solar farm, the large-scale renewable power plant in Western Australia. The engineering design, construction, commissioning and operation of the project were all undertaken by Risen Energy. The solar module developer has established a solid reputation and a significant share of the market in Australia with its ongoing technical research and development, excellent component quality and experienced project team. It has also become one of the largest and most reliable suppliers of solar components in Australia due to its continued development there.

In addition to consolidating the investment and construction of power stations in Australia, Risen Energy has contributed to the Chinese government’s “One Belt, One Road” initiative through activities in the markets of many countries and regions along the route. As one of the first group of photovoltaic manufacturers to have set up operations in Vietnam, Risen Energy has obtained many large orders in the market with its efficient technical products, rich EPC experience and localized operation strategy. To date the company has won the 61MW solar project with Tasco, the 50MW solar power station project owned by Vietnam-based Bitexco Group’s subsidiary, Hoang Son’s 62 MW project and PNP HANOI’s 50MW project, among other major projects in Ninh Thuan.

Up to now, the company has developed and delivered thousands of projects globally. Its efficient components have been sold to Kazakhstan, India, Nepal, Belarus, Ukraine, Romania, Bulgaria and Macedonia as well as other countries and regions around the world.