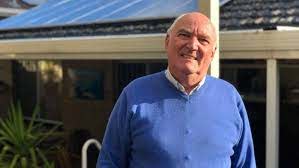 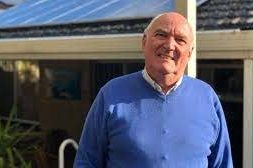 Householders with rooftop solar panels and batteries have reacted with fury to proposals which could see them charged for exporting power to the electricity grid.

Over the past decade, state governments have actively incentivised households to feed their solar into the grid, by offering generous feed-in tariff schemes. Most have now closed to new entrants.

They argue that under the current system, households without solar could be unfairly burdened with the cost of augmenting power networks to cope with the increase of new panels, which is already placing a strain on the network in states with heavy solar penetration like South Australia.

“Actual customers themselves are seeing that their inverters are turning off at times because of voltage rising in the network,” Mr Roberts told ABC Radio Adelaide.

“And the renewables industry is getting concerned that networks like ours will have to impose zero limits on new customers so that we can accept those customers, but they won’t be able to export.

“So there needs to be a solution to that.”

Houses with rooftop solar at Alkimos Beach in Perth’s north

Mr Roberts said SAPN’s proposal would likely see $10-$30 added to the annual electricity bill of a solar customer, and would not change the overall amount of money that the company was allowed to charge customers.

He said the current proposal would see existing solar customers excluded from paying, but conceded that could change.

The idea has drawn a furious response from many solar panel owners, including Adelaide man Michael Preus.

“People will just disconnect them, and tell them to get stuffed, that’s what I would do,” he said.

Mr Preus said he had installed his household solar PV system to save money and help the environment, but was now questioning his investment.

“We’ll never, ever in our lifetime recoup our investment, the return is just not there.”

But welfare groups including the Australian Council of Social Service and St Vincent de Paul Society are backing the move to charge people who export power.

Under the rule change proposal put forward by ACOSS (ACOSS) and the Total Environment Centre, solar owners would only pay if they chose to increase their export limit beyond a base level.

The proposal puts forward modelling which suggests that under current conditions, solar owners would be better off paying a small amount to make additional exports.

“Those non-solar households that don’t have the benefits of solar will be left holding the grid and bearing the additional cost,” he said.

SA Power Networks spokesman Paul Roberts likened the charge to proposals to taxing electric vehicles, which are not contributing to petrol excise.

“Governments are really thinking about how are we going to get people who buy electric vehicles to contribute to road funding,” he said.

“And in the same way, I think we should be thinking about that for solar customers.”

The Grattan Institute’s Director of Energy Tony Wood said the problem should have been fixed years ago.

“We should have got this right in the first place,” he said.

“It does seem fair that you should pay for the use of that grid, otherwise the people who are not using solar are effectively subsidising your solar system.

“They’re not doing it deliberately.

“These people who have got solar are not looking for a free ride, but it’s just a reflection of the history of this thing.”