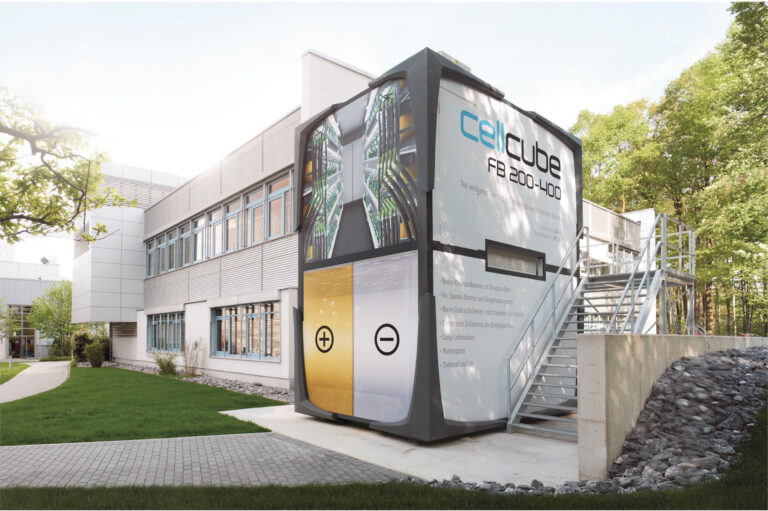 CellCube’s VRFB technology is now bankable due to the long-term performance guarantee, the company claimed.

Vanadium redox flow batteries (VRFB) from CellCube will offer its customers an optional performance guarantee for up to 20 years, backed by insurer Munich Re.

The long-term performance warranty covers continuous operation, insurance against malfunction, repair or replacement excess costs and workmanship defects as well as in the event Austrian company Enerox, which trades under the CellCube brand, goes into insolvency.

CellCube said the deal with Munich Re now makes its VRFBs bankable. This has brought a 1MW / 4MWh off-grid solar-plus-storage project at Vametco vanadium mine in South Africa for Bushveld Minerals “over the line” in getting financed, Mikhail Nikomarov, CEO of Bushveld’s energy subsidiary Bushveld Energy said.

“It creates significant comfort around the long-term performance of the VRFB technology in general, and of CellCube’s product in particular. As a result, it has reduced both the risk and the cost of financing this project,” Nikomarov said.

US electro-thermal energy storage startup Malta has announced a partnership with Bechtel Corporation to advance development and deployment of the long-duration technology.

The hot and cold energy are converted back into electricity energy using a heat engine. The company has claimed it could be suitable for applications requiring between 10 and 150+ hours of energy storage and discharge. It recently announced it was in talks over a potential 1,000MWh project in Canada.

In the near-term, Malta and engineering and construction services company Bechtel will work on the development of a portfolio of long-duration storage projects, finding opportunities to convert variable solar and wind resources into dispatchable baseload power.

“There is no silver bullet for decarbonisation, and Bechtel is committed to leveraging our engineering and construction expertise to support the rapid advancement of technology solutions that can meaningfully advance the transition to a net zero environment,” Austin said, describing Malta’s technology as an “innovative and scalable storage solution”.

The company was spun out of the University of Sydney in 2015 by its founder, Professor Thomas Maschmeyer. Gelion claims its redox battery is simpler in design than zinc-bromide flow batteries, and could be built using lead-acid battery manufacturing technology using low-cost, abundant raw materials.

The IPO raised £19 million (US$25.18 million) and Gelion’s market cap is around £155 million. The company is currently mostly targeting off-grid applications such as agriculture, mining, water management and irrigation but it expects to develop megawatt-hour capacity for larger-scale applications like solar and wind farms.

The money raised through the IPO will be used to commercialise its existing technologies and fund further R&D into energy storage. Gelion is also developing additives for next generation lithium-ion batteries.