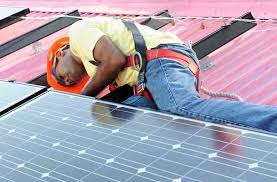 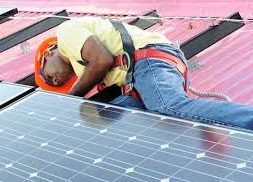 Dehradun: A city-based RTI activist has lodged a complaint to the chief secretary on Thursday seeking registration of an FIR against government officials involved in siphoning off over Rs 100 crore in the form of subsidy for a solar rooftop project.

In his complaint, activist Saleem Ahamad stated that the power department officials, including Uttarakhand Renewable Energy Development Agency (UREDA), have not initiated any action despite a central government team finding discrepancies in the distribution of subsidy. “Based on my complaint to the Prime Minister’s Office on the solar rooftop project subsidy scam, a central government team had in 2017 conducted a surprise inspection in 10 plants and found 70 % of the subsidy was given to ineligible projects. However, no action has been taken in this regard so far,” he said.

Though the office of the chief secretary acknowledged the complaint, it refused to divulge follow-up instructions issued.

Power secretary Radhika Jha said that the central government team would visit the state again to scrutinize the subsidy aspect of the entire project. “On the basis of the central government report, I had filed chargesheet against two UREDA officials and further action will be taken in consultation with higher officials,” she said.

The Union ministry of renewable energy had in its report dated September 19, 2017 stated that the projects did not qualify for subsidy and can at best fall under the category of an industrial or commercial segment which is not eligible for any subsidy.