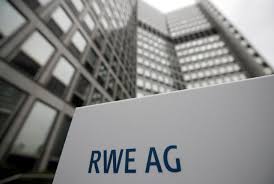 “In the first half of 2022 our earnings increased significantly, and on the back of this we have raised our forecast for the whole year. The earnings we are generating will benefit the energy transition. This year alone we are investing more than €5 billion in expanding our green portfolio, which is about 30% more than originally planned. We are investing in offshore and onshore wind, solar, batteries and in ramping up the hydrogen economy. All this is urgently needed in order to make energy supply more independent and climate-neutral.”
Markus Krebber, CEO of RWE AG

RWE is actively forging ahead with the implementation of its Growing Green strategy. In the first half of 2022, the Group invested about €2 billion in the expansion of its green portfolio. Total investments will come to more than €5 billion by the end of 2022. The strong investment activity is paying off: in the first six months of the current year alone, new wind farms, solar plants and battery systems with a total net installed capacity of about 1.2 gigawatts (GW) were commissioned. This increase in capacity and better wind conditions led to RWE generating about 20% more electricity from renewables in the first half of 2022 compared to the same period last year. The company currently has projects with a total of 4.8 GW under construction. RWE will also acquire the hydrogen-ready 1.4 GW Magnum power station in the Netherlands.

Adjusted net income also showed an improvement, increasing to €1,566 million (H1 2021: €870 million). RWE thus confirms its provisional figures for the first half of 2022 and the outlook for the current year released on 27 July 2022. The dividend target of €0.90 per share for fiscal 2022 remains unchanged.

In its core business with the Offshore Wind, Onshore Wind/Solar and Hydro/Biomass/Gas segments as well as Supply & Trading, RWE achieved adjusted EBITDA of €2,357 million in the first six months of 2022. The figure for the same period last year was €1,206 million.

Offshore Wind: Adjusted EBITDA in the Offshore Wind segment in the first half of 2022 totalled €632 million, compared to €459 million in the same period the previous year. This significant increase was due mainly to the commissioning of new capacities as well as higher wind levels compared to the previous year. For the current year, RWE expects adjusted EBITDA of between €1.35 billion and €1.6 billion in this segment.

Onshore Wind/Solar: In the first six months of 2022, adjusted EBITDA in the Onshore Wind/Solar segment reached €491 million. Earnings were negative in the same period the previous year on account of losses of approximately €400 million due to the extreme weather in Texas. Here, too, additional capacity and more favourable wind conditions had a positive impact. For the current year, RWE expects adjusted EBITDA of between €0.9 billion and €1.1 billion in this segment.

Hydro/Biomass/Gas: Adjusted EBITDA in the Hydro/Biomass/Gas segment more than doubled to €755 million (prior year: €297 million). This was mainly the result of higher earnings from stronger short-term asset optimisation and higher international generation margins. Adjusted EBITDA for this segment is expected to total between €1.4 billion and €1.7 billion for fiscal 2022.

Supply & Trading: At €545 million, earnings in Supply & Trading exceeded the already high figure of €525 million from the prior year. For the current year, RWE now expects adjusted EBITDA of significantly above €350 million in this segment.

Adjusted EBITDA in the Coal/Nuclear segment was €501 million, compared to €545 million for the same period in the previous year. This decline in earnings was expected on account of lower generation levels resulting from power station closures. In addition, electricity production by the German lignite and nuclear power stations had already been sold forward. For the year as a whole, the company expects adjusted EBITDA of between €650 million and €750 million in this segment.

The Group’s net assets as at the reporting date of 30 June 2022 totalled €1,892 million (31 December 2021: €360 million). The increase is mainly due to strong cash flows from operating activities and a reduction in provisions for pensions as a result of a market-induced increase in discount rates. 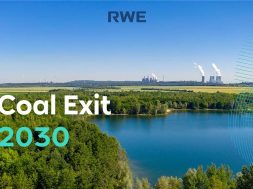 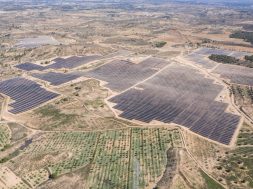 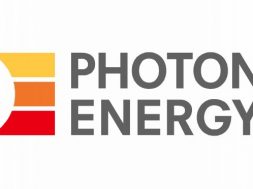