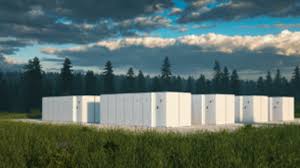 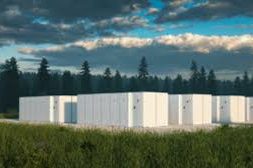 WCSB has procured three Tesla Megapack Batteries, which are to be hooked up to power grids and help provide energy balancing and grid frequency regulation to support Alberta’s growth towards sustainable energy.

The first of the three Megapacks is being installed in Rycroft. The work to attach the batteries to the grid began in September, and is expected to be in operation by 2021.

Once installed on the grid, the Megapack will be able to store and distribute renewable energy as needed, maintain grid stability by changing charge or discharge in response to changes in the grid, and distribute power at times of peak capacity to reduce demands on distribution and transmission infrastructure.

The Megapack can also be used as a microgrid if disconnected from the main power grid.

WCSB plans to have 60 MWs of renewable energy stored in these batteries across Alberta, through the current Rycroft project and two future projects. One of those Megapacks is expected to be hooked up to the grid in Grande Prairie and the other will be installed in Buffalo Creek. Both those projects are expected to be done in 2021, though no exact time line has been set as of yet.

WCSB Power adds that these projects are being funded through capital investments, and that there will be no costs to the surrounding communities where these Megapacks are being installed.

WCSB Power is a privately-held electrical power generation company founded in 2018 in Western Canada. The company says they are dedicated to providing sustainable electricity generation and storage through innovative and sustainable practices, including harnessing power through waste heat recovery, produced gas, and battery systems.