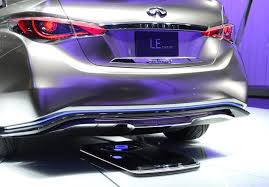 It’s already supremely easy to charge an electric vehicle, under the right circumstances. So, if you have a dedicated charging spot either in your own garage or perhaps at work, you just plug in when you park your car and when you’re ready to leave, your EV should be filled up and ready to go. But what if technology could make EV charging even easier? Like so easy you barely have to do anything you’re not already doing? Say hello to wireless charging.

Wirelessly charging an EV requires a vehicle that can receive power simply by parking over a ground-based pad that’s connected to the power grid. The car and the pad then communicate with each other and start the charging process using a magnetic resonance field that sends power through an air gap. Numerous companies and labs have been working on this technology – also called inductive charging or wireless power transfer (WPT) – so it’s not a surprise that re-engerizing an EV without a cable is possible. What’s new and exciting is a new standard recently published by the SAE International, which will ensure that automakers building EVs will have one set of rules for wireless charing of EVs around the world.

Called J2954, the new standard was first officially proposed in May 2016 but SAE and automaker engineers have at least been thinking about this standard since 2007. It naturally applies both to the vehicles and the charging infrastructure. The SAE says that J2954 “defines acceptable criteria for interoperability, electromagnetic compatibility, EMF, minimum performance, safety, and testing for wireless power transfer (WPT) of light duty plug-in electric vehicles.” The SAE has found that over a 10-inch air gap, wireless charging can operate at up to 94 percent efficiency, grid-to-vehicle-battery. There are three wireless charging levels – WPT1, which charges at 3.7 kW, WPT2 (7 kW) and WPT3 (11 kW).

The wireless charging standard only applies to AC charging (so, not DC fast charging), both public and private set-ups. In developing J2954, the SAE has worked with the American Association of Medical Instrumentation, the U.S. Department of Energy, the U.S. Food & Drug Administration, automakers, Tier 1 suppliers and others to keep it safe.

As with some wired charging stations, SAE J2954 could make bidirectional energy transfer possible, but actually implementing that kind of technology “may be evaluated for a future standard.” In-motion wireless charging, also something that’s being tested around the world, “may be considered in the future.”

Vehicle-to-grid energy transfer and dynamic charging would be great, but just making wireless charging easily available will remove yet another reason for people to make the switch from fossil fuels. With J2954, we’re one step closer to this new world, one where the only real difficult part of driving electric will be to stop saying “plug-in vehicles.”