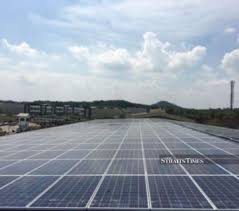 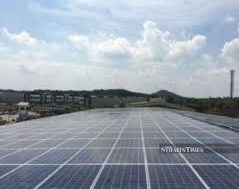 The renewable energy (RE) solutions provider said the opening application period of the IPO is available today until October 5, 2020, before its debut on the ACE Market of Bursa Malaysia on October 15, 2020.

Group managing director Ir. Chow Pui Hee said the company’s listing was timely exercise for the group to gain access to the capital markets for our future expansion plans and to support our growth.

“We would prioritise on business expansion as the majority of the proceeds (57 per cent) would be used for working capital and capital expenditure.

“About 24 per cent of the IPO proceeds would also be used to purchase new corporate office with storage facilities to store solar photovoltaic (PV) modules and related equipment and parts to support our business growth.

“Another 9.0 per cent will be utilised to establish sales and technical offices in Penang, Sabah and Vietnam. The remaining balance of about 10 per cent would be allocated for listing expenses,” she said at a press conference after launching the company’s prospectus here today.

Samaiden group’s enlarged share capital upon listing would be at RM36.8 million comprising 210 million shares with a market capitalisation of RM100.8 million.

Principally involved in engineering, procurement, construction and commissioning (EPCC) of solar PV systems and power plants, Samaiden’s business activities include the provision of RE and environmental consulting services, operations and maintenance services.

Chow said the company would extend its EPCC service to venture into building, owning and operating a 1.2 MWac integrated biogas power generation plant in Bachok, Kelantan.

It also want to invest in a solar PV power plant with the planned export installed capacity installed of 12MW with interconnection to the power grid substation in Sungai Petani, Kedah.

“We also want to broaden our RE and environmental consulting services by retro-commissioning buildings and energy saving systems,” she said, adding that these would provide the company with a new recurring stream.

Chow said the ratio of Malaysia’s RE energy was expected to increase substantially over the next 10 years from the adoption rate of 8.0 per cent.

“The outlook for RE sector and the solar PV are bright as we believe the growth potential is there for us to tap into, together with our sights trained on Vietnam as our foreign market expansion target,” she said.

Samaiden chairman Datuk Dr Nadzri Yahaya said the company would benefit from initiatives implemented by the government in an effort to increase the utilisation of RE resources to reduce dependence on fossil fuel.

“The government aims to achieve 20 per cent RE capacity mix by 2025. Among the programmes initiated include the implementation of the Enhanced Net Energy Metering, the solar leasing, large scale solar PV programmes, non-solar RE projects and establishing RE facilitation,” he said.