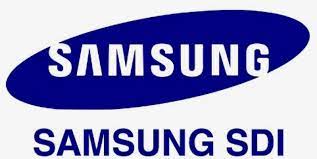 According to reporting by BusinessKorea and other news agencies, Samsung SDI, which is the battery manufacturing subsidiary of Samsung, announced on May 25 that it will begin developing large-sized, all-solid-state battery cells in 2025 and have prototypes ready by the end of the same year.

Furthermore, the mass production of all-solid-state cells is scheduled for 2027.

Samsung SDI told BusinessKorea that it holds the second highest number of the international patents related to all-solid-state batteries. Toyota currently has the most.

Samsung SDI also stated that, by country, Japan accounts for the largest share of the international patents related to this kind of energy storage technology (68%), followed by the US (16%), and then South Korea (12%).

The Korean battery manufacturer believes that all-solid-state batteries can transcend the limitations of conventional lithium-ion batteries in terms of stability and energy density.

Samsung SDI has been working on all-solid-state batteries with Samsung Advanced Institute of Technology and Samsung R&D Institute Japan. While its partners have been focusing on cell design and active material research, Samsung SDI has been developing the manufacturing process for this kind of energy storage device.

Their efforts culminated in a groundbreaking study that was presented by Samsung Advanced Institute of Technology in the academic journal Nature Energy in March 2020.

In the study, Samsung researchers introduced an all-solid-state pouch cell with a silver-carbon composite layer as the anode. The layer checks dendrite formation and enables a larger capacity as well as a longer cycle life. The pouch cell has a maximum energy density of 900Wh/L.

The existing wet electrolytes for lithium-ion batteries are toxic and flammable, whereas solid electrolytes have the potential to overcome these disadvantages and deliver better performances at the same time with respect to energy density, charging, etc.

Hence, all-solid-state cell is a promising energy storage technology for powering the next-generation of electric vehicles as it could be the core component of a traction battery system that is much safer and offers a longer driving distance.

Also in May, Solid Power, a solid-state battery startup, received a large injection of capital from Ford and BMW in a US$130 million funding round. The two carmakers plan to adopt the startup’s technology for their future electric vehicles.

Earlier in April, Hyundai said at a conference call that it aims to begin mass production for electric vehicles powered by solid-state batteries by 2030. In January, Chinese carmaker Nio also said that it will use a similar technology for the cars that it will be releasing in 2022.