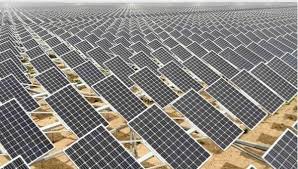 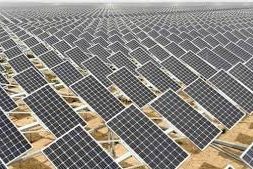 RIYADH : Saudi Arabia aims to generate 50 percent of the nation’s power needs using renewable energy by 2030, with the remainder provided by gas.

This goal was highlighted on Tuesday during the 11th session of the General Assembly of the International Renewable Energy Agency (IRENA), in a speech by Khalid Al-Sultan, president of King Abdullah City for Atomic and Renewable Energy. He is leading the Kingdom’s delegation at the virtual event, which began on Monday and continues until Thursday.

The Saudi delegation expressed its appreciation for the efforts being made by IRENA to achieve its goal of promoting the use of renewable energy at global and regional levels.

Al-Sultan said the Kingdom is working to create a sustainable renewable energy sector that includes industries, services, the localization of technologies, and the development of human resources. It is doing this by identifying the main frameworks required for building the sector.

“The Saudi Ministry of Energy has approved policies stimulating the participation of the private sector in this field, and updated regulations for renewable energy projects to achieve the goals of the National Renewable Energy Program, in line with the Kingdom’s Vision 2030, under the direct and continuous supervision of the minister of energy,” he added.

The ministry is working to transform the energy sector into a system that harnesses the Kingdom’s capabilities in energy research and measurement, data collection, regulation and development, and renewable energy, in cooperation with all relevant entities in the sector.

Al-Sultan also congratulated Spain on its role as president of the assembly, along with vice-presidents Albania, Costa Rica, Ghana and India, and welcomed countries that have recently joined the agency.