Saudis to Seek Bids for 700-Megawatt Wind and Solar Projects

Saudis to Seek Bids for 700-Megawatt Wind and Solar Projects

Saudi Arabia will begin seeking bids next week from renewable-energy companies to build wind and solar plants with a combined capacity of 700 megawatts as part of the kingdom’s $50 billion program to boost power generation and cut its oil consumption. Energy Minister Khalid Al Falih will announce a request for proposals for the projects, the next phase in the country’s bidding process, at a conference next week in Riyadh, the ministry said Monday in an emailed statement. The ministry qualified 27 companies to bid for a 300-megawatt solar plant and 24 firms for a 400-megawatt wind farm. The project is part of a plan to transform the Saudi economy by weaning it off oil and creating new industries. Other Middle Eastern countries including the United Arab Emirates, Jordan and Morocco are also developing renewable energy to curb fuel imports or conserve crude oil for export. Saudi Arabia plans to develop almost 10 gigawatts of renewables by 2023, requiring investment of $30 billion to $50 billion, Al-Falih said in January.

First Solar Inc. of the U.S. and the renewable energy units of Italy’s Enel SpA, France’s Total SA and Electricite de France SA, and Spain’s Acciona SA and Iberdrola SA are among the qualified companies, according to the statement. Potential bidders from the Middle East include Abu Dhabi’s Masdar, Saudi Arabia’s ACWA Power International and Fotowatio Renewable Ventures BV, a Spanish unit of the Abdul Lateef Jameel Group, a Saudi conglomerate. Asian companies that qualified include JinkoSolar Holding Co. of China, Korea Electric Power Corp. and Japan’s JGC Corp. and Marubeni Corp. The ministry’s renewable-energy team selected from among 128 applications. Qualified companies can act as managing or technical members of a group bidding for work, the ministry said. Companies that didn’t qualify can team up with others that did to make a joint bid. Offers will be accepted from April 17 through July, the ministry said in February. 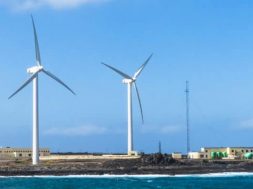 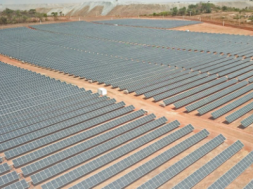