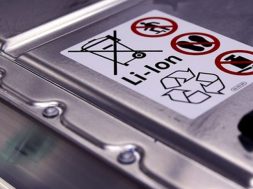 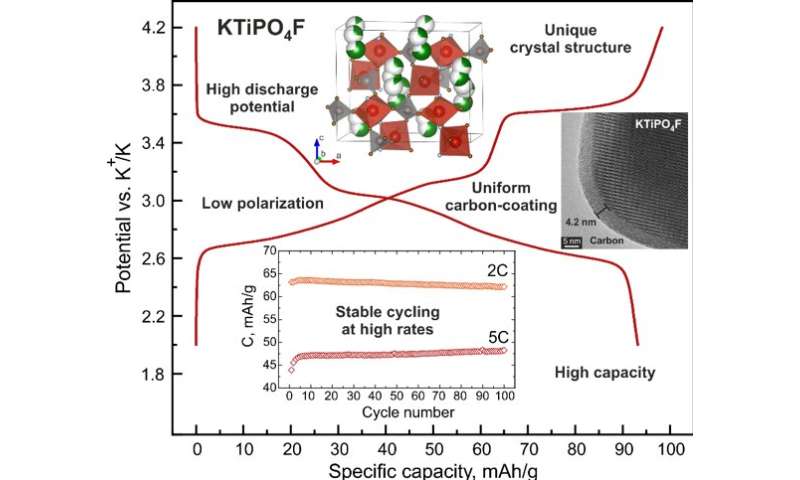 Researchers from the Skoltech Center for Energy Science and Technology (CEST) created a new cathode material based on titanium fluoride phosphate, which achieved superior energy performance and stable operation at high discharge currents. The results of their study were published in Nature Communications.

Today, the rapid development of electric transport and renewable energy sources calls for commercially accessible, safe and inexpensive energy storage solutions based on metal-ion batteries. The high price of existing lithium-ion technology is a major hurdle, which is further exacerbated by speculation that the world may soon run out of lithium and cobalt essential to the production of the cathode, which determines its functional characteristics and energy performance.

The search for an alternative technology involves tremendous effort toward creating batteries using more accessible and less expensive elements such as potassium instead of lithium. As for cobalt, it can be replaced by the more common and environmentally friendly elements iron, manganese and titanium.

The 10th-most common element in the Earth’s crust, titanium is mined all over the world, and the main titanium-containing reagents are easily available, stable and non-toxic. But despite these obvious advantages, the low electrochemical potential that limits the battery’s attainable specific energy has long been a major stumbling block for using titanium compounds in cathode materials.

Professor Stanislav Fedotov, says, “This is an exceptional result that literally destroys the dominant paradigm long-present in the “battery community” stating that titanium-based materials can perform as anodes only, due to titanium’s low potential. We believe that the discovery of the high-voltage KTiPO4F can give fresh impetus to the search and development of new titanium-containing cathode materials with unique electrochemical properties.”

Professor Artem Abakumov, director of CEST, says, “From the perspective of inorganic chemistry and solid state chemistry, this is an excellent example showing once again that rather than blindly following the generally accepted dogmas, we should look at things with eyes wide open. If you choose the right chemical composition, crystal structure and synthesis method, the impossible becomes possible and you can find new materials with unexpected properties and new opportunities for practical applications. This has been brilliantly demonstrated by Professor Fedotov and his team.” 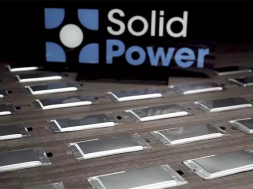