Return on equity (annualised) for the Group was 6.7% and earnings per share amounted to 5.5 cents. Cash and cash equivalents stood at S$1.9 billion.
Tang Kin Fei, Group President & CEO of Sembcorp Industries, said, “Sembcorp’s diversified portfolio in different businesses and geographies gives us strength and resilience as a Group. With a strong pipeline of facilities focused on growing markets such as China and India coming onstream between now and 2018, we are confident that Sembcorp’s overseas businesses will continue to grow.”

FY2016 Outlook
Utilities
The Utilities business’ overseas growth strategy remains on track. 2016 will see a full year’s contribution from its recently completed TPCIL power plant in India. However, in Singapore, its energy business is expected to face continued intense competition in the power market.

Backed by strong operational, management and technical capabilities, the business remains focused on the execution of its pipeline of projects and the pursuit of new growth opportunities to deliver long-term growth.

Marine
The global oil and gas industry continues to be volatile and uncertain. On April 29, 2016, Sete Brasil filed for judicial recovery.
Sembcorp Marine believes this down-cycle is likely to be more protracted than previous cycles. Whilst maintaining its cautious outlook, Sembcorp Marine is prepared not just to overcome these challenges but to lay stronger foundations for the future when the market recovers.
Sembcorp Marine will continue to actively manage its balance sheet. It remains optimistic of the longer term prospects of its business with facilities being built to cater to the industry’s demand for the long term. As an integrated Sembcorp Marine, the business will optimise its capabilities and capacities as well as increase its efficiency and productivity to better serve its partners and customers.

Group
The global downturn in the oil and gas sector and competition in the Singapore power market is expected to continue in 2016. With sound strategies and strong capabilities, the Group is confident that it will continue to create and deliver long-term value and growth. 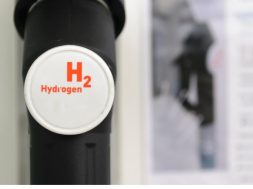