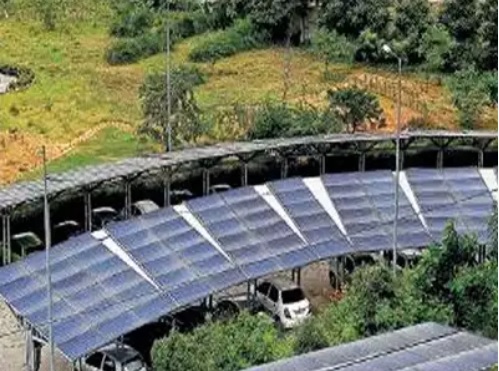 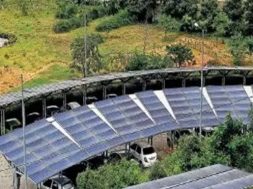 Royal Dutch Shell Plc and Iberdrola SA’s ScottishPower unit are teaming up to bid to build what could be the world’s largest wind farms that float in the sea.

The companies submitted proposals for multiple floating projects off the coast of Britain as part of Scotland’s process to lease its seabed to renewable energy developers, according to a statement. Developers’ bids can be for fixed or floating wind projects.

The Crown Estate Scotland’s Scotwind leasing process is drawing some of the world’s biggest names in renewable energy. Already the world’s biggest offshore wind developer Orsted A/S said it will partner with Falck Renewables and BlueFloat Energy on a bid, while TotalEnergies SE is joining with Macquarie’s GIG unit and Scotland’s Renewable Infrastructure Development Group.

Other bidders include a joint venture of Eni SpA with SDIC’s Red Rock Power Ltd. and a partnership between SSE Plc, Copenhagen Infrastructure Partners and Marubeni Corp.

Friday is the last day for bidders to submit their proposals for the Scottish seabed round. Results of the process are expected early next year.

The competition is different than a similar one in England where an auction earlier this year saw developers agree to pay more than $1 billion per year for the right to build the renewable power plants at sea. In Scotland, the winning bidders will pay a one-time fee.

Since it won’t be possible to outbid the competition, developers will have to stand out based on factors like capability, experience and financial resources. It’s not exactly clear what combination of attributes Scotland will decide are necessary for a winning bid.

“Things like capability and experience are difficult to assess for floating wind right now, as there are a limited number of parties with experience of actually developing projects,” said Imogen Brown, offshore wind analyst at BloombergNEF. “Lots of these partnerships are cropping up to try and strengthen applications.”

The companies that do win will have an opportunity to take a world-leading position as a floating wind farm developer. Floating technology could drastically expand the potential of offshore wind to waters where it’s too deep for traditional structures that are attached to the seabed. So far there are only a few demonstration projects, but it could be a major source of clean energy for places such