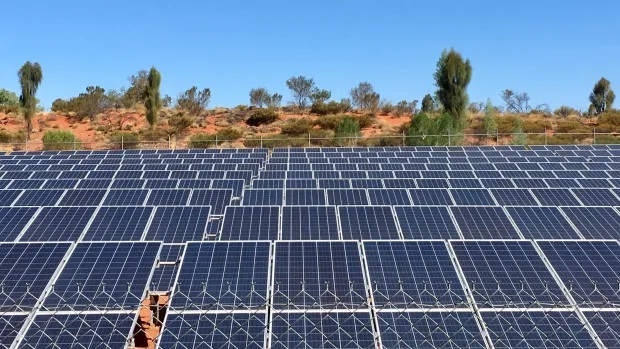 Shell on the growth path after ESCO solar splash 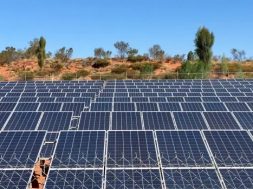 Shell on the growth path after ESCO solar splash

Shell has flagged a hunger for more acquisitions and hinted at interest in pumped hydro generation as it furthers its aggressive expansion into electricity supply in Australia with the purchase of a 49 per cent stake in solar farm developer ESCO Pacific.

The deal, the price of which wasn’t disclosed, follows just weeks after the energy major completed its $617 million acquisition of ERM Power, which launched it into the electricity retailing sector in Australia. It also acquired German household battery supplier sonnen earlier this year.

“We will be in a phase after a pretty intensive period of gaining positions that we will take a brief period to consolidate and deliver, but it will also be with the benefit of now having a real step-change in our expertise in power,” said Greg Joiner, vice president Shell Energy Australia.

“And with the benefit of capability we get with ERM, we can recycle and sharpen our focus on what the next growth steps look like.”

“With that additional capability it will enable us to put the strategic lens on whether there are further acquisitive options.”

Mr Joiner said the ESCO Pacific stake was a further “building block” to advance Shell’s broader vision to establish itself as an innovative, low carbon energy retailer. ESCO has delivered nearly 500 megawatts of utility-scale solar farms in Australia since 2017 and manages a further 350 MW of solar capacity under long-term deals.

The moves reflect Shell’s strategy to develop from an oil and gas producer into an integrated energy supplier, based on the expectation that decarbonisation will increasingly drive economies towards electrification. It is moving towards a final investment decision early next year on its own 120 MW solar farm near Dalby in Queensland.

Mr Joiner said output from ERM’s two gas-fired power stations, in Queensland and Western Australia, along with that from the Condamine power plant owned by Shell’s QGC gas business in Queensland could be combined with output from intermittent renewables to offer “firmed” low-carbon power to customers under long-term contracts.

He said that while Shell’s experience in natural gas made gas-fired power generation the obvious initial way to complement renewables, the group could also look to invest in pumped hydro capacity, and in large-scale batteries once costs fall.

“There’s no reason why we wouldn’t,” he said. “Getting the right portfolio is key and the rest is commerciality and I guess carbon footprint.”

In the meantime, Shell is getting to grips with the more formative parts of the ERM business such as the “energy solutions” division that provides tailor-made solutions to customers on energy management to understand how best to support and grow it. It will also look to broaden ERM’s energy offering to include gas, look to potential opportunities with sonnen, and to rebrand the business to Shell Energy in the September quarter of 2020.

A move into energy retailing to Australian households “is not our current focus”, Mr Joiner said, but Shell could look to learn from its experience with the First Utility household retailing business in the UK – now rebranded under Shell – and consider whether that may transfer to this market.

ESCO Pacific founder and managing director Steve Rademaker said that while the company had been one of the fastest growing independent solar developers in Australia, “we’d like to build on that growth and continue our rapid scaling by leveraging the resources that the Shell investment makes available to us”.

ESCO’s projects include the operating Ross River, Childers and Susan River solar farms in Queensland and the Finley solar project in NSW, which it sold to John Laing in late 2018 and which contracts most of its output to BlueScope Steel. ESCO is also developing the Wyalong solar farm in NSW, where start-up is due to commence in mid-2020.