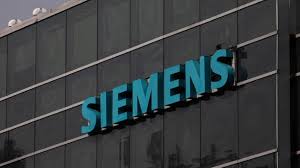 FRANKFURT: Siemens Energy ENR1n.DE, which builds steam turbines for power plants, will no longer take on new business to supply coal-fired powered stations, it said on Tuesday, making it the latest firm to scale back fossil fuel-related operations.

Selling turbines to coal-fired power plants accounts for a low single-digit percentage of the company’s sales, or roughly 820 million euros ($970 million) based on 2020 figures. It has said the business is profitable.

The group, which also released fourth-quarter results for the first time since its spin-off from former parent Siemens AG (SIEGn.DE) in September, said it would now review the impact of its decision on employees and sites.

“Accompanying its customers on the path of energy transformation and providing the necessary technologies and solutions – that is the mission of the company,” it said.

“With this step, Siemens Energy continues its transformation towards a more sustainable and growth-oriented portfolio.”

Siemens Energy, which owns 67% of wind turbine maker Siemens Gamesa (SGREN.MC), makes about 30% of its sales by catering to fossil-fuel power stations, mostly gas, where it competes with General Electric (GE.N) and Mitsubishi Heavy Industries (7011.T).

Fourth-quarter earnings before interest, tax and amortisation (EBITA) before special items fell 87% to 70 million euros ($83 million) due to impairments and restructuring costs.

Shares in the company, which have lost 6.8% since the spin-off, traded 2.9% lower at 0926 GMT, with traders pointing to the quarterly results.

Siemens Energy, in which Siemens AG and its pension fund retain 45%, still expects 2021 sales to grow 2%-12% and adjusted EBITA before special items to rise by 3%-5%.