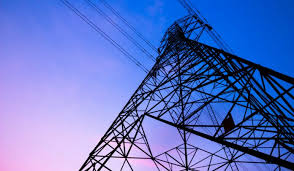 A collective of small electricity retailers has issued an urgent plea to energy market regulators to intervene and try to prevent the mass collapse of more retailers buckling under the pressure of surging wholesale electricity prices.

The joint letter warns of a “liquidity crunch” that has caused the failure of four different energy retailers in the last month, including the country’s first community-owned retailer, Enova Energy, and more recently Apex Energy.

In a joint letter, which has been co-signed by the heads of Amber Electric, Energy Locals, ReAmped Energy and Enova Community Energy – the group warns that further retailer failures could follow without action from regulators.

“Energy industry financial processes are such that a chain reaction of failure of energy retailers is likely. The set up of the system means that the full impact of this crisis (which wasn’t caused by retailers) will hit energy retailers alone and they will buckle under that pressure,” the retailers warn.

Of particular concern is the massive compensation payments set to be made to generators due to the recent suspension of the National Electricity Market by the Australian Energy Market Operator.

Under electricity market rules, generators that have been directed to produce power by AEMO during the recent market suspension and during other periods of predicted supply shortfalls are entitled to claim compensation for their actual costs of generation.

These costs are expected to be substantial due to the surging cost of coal and gas – and the compensation costs will be passed on to retailers and their customers.

The group is set to provide a submission to energy market regulators this week on proposed solutions to the looming crisis, including setting an expectation that governments will challenge generators on their claimed compensation costs.

Energy Locals CEO Adrian Merrick told RenewEconomy this could include a requirement for generators to bear some of the costs of the higher fuel prices and that it would not be fair for electricity retailers – and their customers – to effectively compensate generators who have failed to hedge against surging fuel costs.

Merrick argues that if generators have failed to hedge against high coal and gas costs, then they should bear some of that cost, especially given the conduct of some generators contributed to the recent electricity market crisis.

In their letter, the group of smaller retailers warn that if they are hit with the full value of compensation costs claimed by generators, it would likely bring about the immediate collapse of more businesses.

“The concern for retailers is that generators have now submitted compensation claims to AEMO, and AEMO proposes to notify retailers of these unknown costs over the coming weeks, followed by the requirement to make a lump sum payment,” the letter says.

The concerns raised by the retailers show that the electricity market crisis is far from resolved, and the next stage of pain for smaller players is yet to come.

Four smaller electricity retailers have already fallen into default, and a further seven retailers have urged their customers to switch to other providers – as the mounting cost of purchasing wholesale electricity prices significantly outpaced incoming revenue – through customers paying their bills.

The latest retailer to collapse is the Brisbane-based Apex Energy – which primarily serviced apartment complexes and other “embedded” networks. ASIC listings show the company appointed administrators on June 27.

In their letter, the group issues a call for the support of energy ministers and market regulators to find a negotiated outcome to avoid the collapse of additional businesses.

“We call on you to support competition and to engage with us in finding a solution for this crisis,” the letter says.

“We are desperate to avoid a chain reaction market failure that could very well cause many retailers to simultaneously collapse – an outcome which would have dire structural consequences for the entire market.”

The letter warns further business failures would be devastating for competition in the electricity market and would further entrench the market power of the ‘Big 3’ electricity retailers – AGL Energy, Origin Energy and EnergyAustralia.

When smaller retailers default, market rules dictate that their customers are transferred to a ‘retailer of last resort’, which most of the time will be one of the ‘Big 3’ retailers.

“Without urgent support, the Australian energy market will lose more retailers, which will have a structural and lasting effect on competition and consumer outcomes.”

Federal climate change and energy minister Chris Bowen has previously said he would “monitor the situation very closely” but has so far stopped short of committing to any specific interventions to protect smaller electricity retailers.