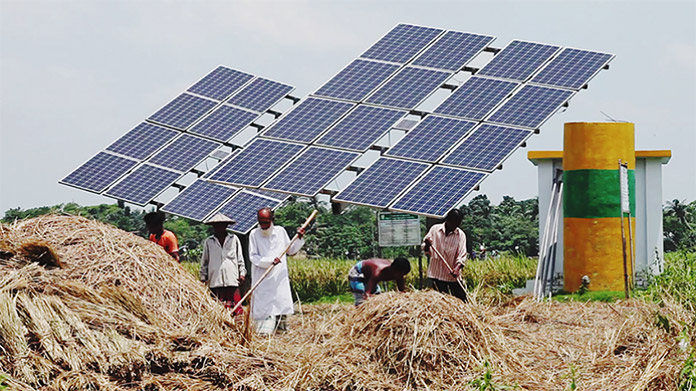 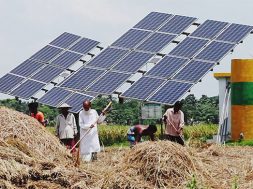 Nepal and Bangladesh are not only close neighbours, they also share many similar development challenges. Irrigation is a priority of Bangladesh, which keeps a large number of pumps in operation. Most of them run either on diesel or grid electricity, with a negligible number of pumps operating on solar energy. Currently about 1.4 million diesel-operated pumps are said to be in use for irrigation in Bangladesh. In addition, there are 270,000 grid-connected electric irrigation pumps.

The penetration of Solar Water Pumps (SWPs) is, however, insignificant. Except for large irrigation facilities, farmers have four options to irrigate their land: rainwater requiring no technological interventions; electric pumps using grid electricity; diesel-powered pumps; and SWPs. A special provision has been made to provide subsidised electricity for irrigation. Distribution companies authorise short-term, or seasonal, grid connections to the farmers. Short-term connections are provided for four months from early November, and provide electricity for irrigation purposes during the winter cropping season.

Electricity is supplied typically for 10 hours per day on the distribution feeders, which are separated from the domestic supply feeders. Farmers are responsible for connecting the electric wire required for operating their pump to a coupling point identified by the distribution companies, usually the nearest distribution transformer.

Farmers are also responsible for removing the connection after four months when the temporary electricity supply ceases. The cost of irrigation ranges from around 800 to 1,200 Bangladeshi taka (BDTK) per bigha under the subsidised electricity tariff rate, about half of what the domestic electricity tariff would entail. A comparison between the operating cost of running a diesel-powered pump and a SWP is important because the latter is meant to replace diesel pumps.

It is found that an unsubsidised SWP costs even less than irrigating the same amount of land by a subsidised diesel pump in the long run. Bangladesh provides subsidy – around 30 per cent – on diesel. If the subsidy on diesel is lifted, then the SWP becomes even more cost competitive. The cost of irrigating one bigha of land is around 4,000 takas for a diesel pump, and around 2,500 takas for a SWP.