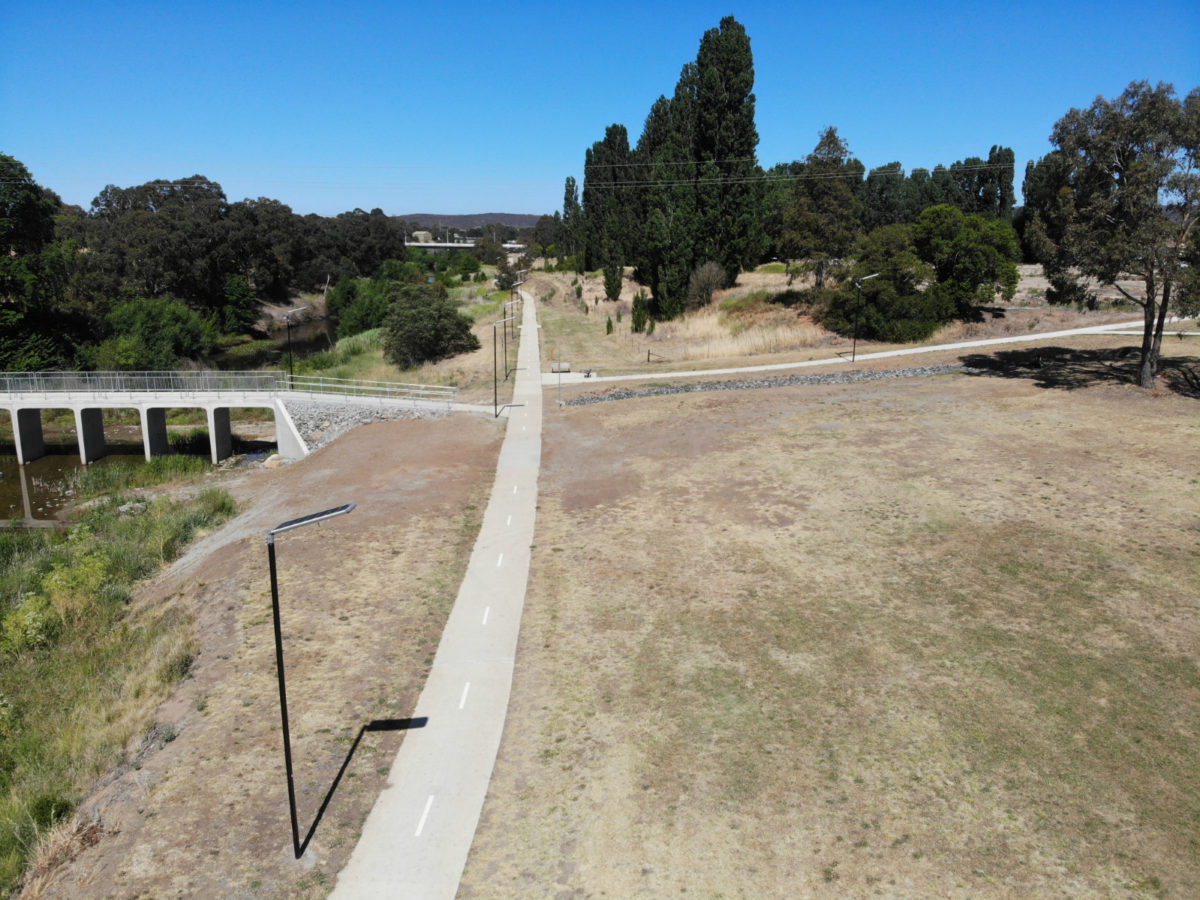 Solar lights a pathway through lockdown 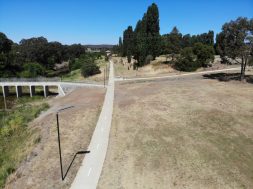 Solar lights a pathway through lockdown

Thanks to the Covid-19 many of us find ourselves in lockdown with little reprieve other than a morning potter or an evening stroll. In Goulburn, thanks to what is being called Australia’s largest solar lighting installation, locals can now more easily walk and cycle their way to the salutary effects of a daily jaunt.

With the threat of lockdown once again in effect or on the cards for large parts of the nation, many of us are once again facing the prospect of having very little to look forward to each day other than a solitary stroll or a potter-about with a partner.

In fact, the Heart Foundation estimates that 30% of people are walking more than usual thanks to the impacts of the pandemic. That’s why the Goulburn Mulwaree Council (Council) in New South Wales (NSW) has installed what is said to be Australia’s largest solar pathway lighting project.

After all, at this time of year, when the sun seems to show up more out of habit than wanting to put a good long shift in, the need of lighting along our walkabout pathways. That’s why Council nudged Melbourne-based company Leadsun to install 160 of its AE3C solar lights along 10km of the Wollondilly River Walking Track in Goulburn.

Leadsun, which holds a patent on what it calls the first “all-in-one LED solar light,” began the project a year ago, and Managing Director Matt Pollard said that sporting clubs, walking groups and residents were increasingly lobbying local governments to apply for grants to install Smart solar lighting to improve access and safety.

Council utilised the majority of a $500,000 Federal Sport and Recreation grant for the solar lighting of the riverine track. Although, it must be said, one for one, solar public lighting is cheaper than your normal street lighting, partly because it doesn’t require much trenching or electrical wiring, but also because the energy is free from the sun and can be stored in lithium-ion batteries for up to three days.

At just over 160 solar lights, Pollard believes its the largest solar pathway lighting project in Australia. Even fossil fuel enthusiasts like Federal Energy Minister Angus Taylor, who would probably prefer Australia’s bush pathways lit by the incendiary fire of gaslamps, had to admit that the walkway in Goulburn was now safer and more accessible. “I’m thrilled that the installation of solar lighting will extend the hours of use of the walkway,” said Taylor.

“There is an increasing awareness that we can all do our bit to reduce carbon emissions across a broad range of smaller-scale projects and in our individual lives,” continued Taylor without a distinct lack of ironical self-awareness. “Along with many Goulburn residents, I enjoy running this track early in the morning or later in the afternoon. the lights will be a great addition to the course, particularly in winter.”

Another such Goulburn resident is Daniel Strickland, a member of Mission Australia’s Man Walk group and a regular trotter of the track, who said the path is far busier than before, especially at those times before the dawn and after the dusk, when previously “we would come along with our iPhones and our torches.” Unfortunately, Strickland failed to mention having ever seen Taylor running the track with gaslamp outstretched before him like Sherlock Holmes on one of his deductive exercises.

Nevertheless, the clear success and savings of the project means that Council is now planning a further 1.5km extension to the Smart lighting project. Leadsun, lead on.