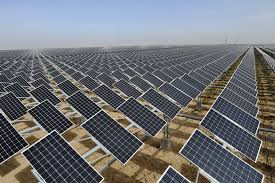 Solar on Track to Become China’s No. 3 Power Source 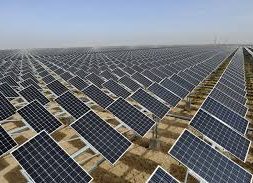 Solar on Track to Become China’s No. 3 Power Source

Things are looking bright for solar power in China, which is on track to edge past wind to become the nation’s third largest electricity source by the end of this year.

That’s the latest assessment from the nation’s National Energy Administration, which forecast that China will have around 240 gigawatts of solar capacity by the end of the year, representing about 16.2% growth from the end of 2019. That would be enough to push it ahead of wind, which was tied with solar at the end of October in terms of installed capacity.

Both solar and wind currently supply about 11% of China’s total electric capacity, while hydropower is No. 2 at 18%. Dirtier coal-fired power is still the clear leader, accounting for about half of China’s 2,100 gigawatts of capacity.

Solar has surged in recent years as maturing technology makes the clean energy source increasingly efficient while also bringing down prices. The China Photovoltaic Industry Association predicts China could add as much as 70 gigawatts to 90 gigawatts of new capacity annually over the next five years, as the country tries to reduce its dependence on fossil fuels that produce carbon dioxide and contribute to global warming.

Over the weekend, Chinese President Xi Jinping said China, the world’s biggest carbon-dioxide emitter, would cut emissions per unit of GDP by 65% from 2005 levels and increase the share of non-fossil fuels in primary energy consumption to around 25% by 2030.