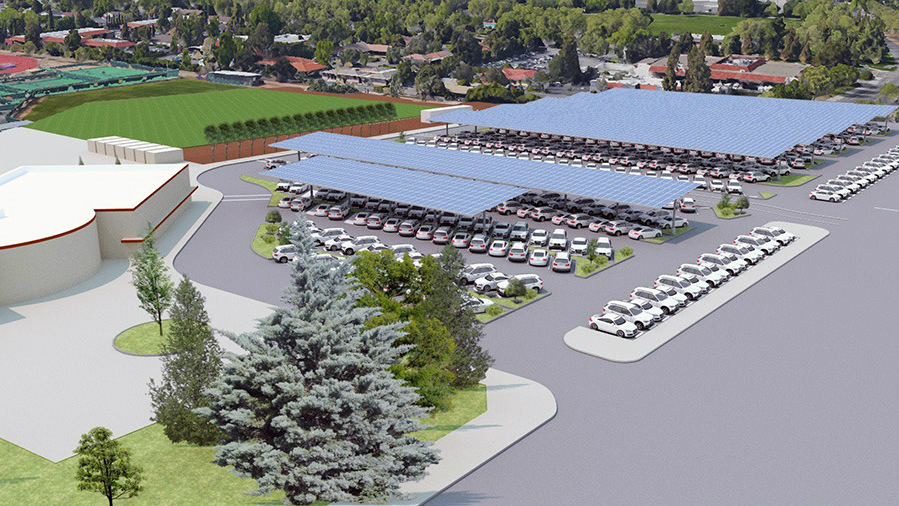 Solar Plus Storage to Save California School District $2.2 Million 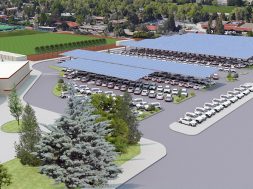 Solar Plus Storage to Save California School District $2.2 Million

Pleasanton Unified School District signed a 25-year power purchase agreement financed by Duke Energy Renewables for REC Solar onsite solar plus storage. The investment in solar carports and battery energy storage at one high school is projected to save the district more than $2.2 million over the lifetime of the PPA.

Located about 40 miles east of San Francisco, Pleasanton Unified School District (PUSD) is a public primary and secondary education district that has 15 schools. The PPA calls for 1 megawatt of solar carports and a 660 kilowatt-hour battery energy storage system at Pleasanton Unified’s Amador Valley High School, according to REC Solar.

In addition, REC Solar says that the school district is reconfiguring the parking lot at Amador Valley High School to maximize solar array performance while improving the lot’s accessibility and safety. “The new solar arrays will provide up to 97% of the high school’s current energy use and greenhouse gas emissions elimination,” REC Solar said.

PUSD is one of the more than 100 school districts in California implementing REC Solar solutions, the company says.

“School boards and universities make ideal customers for storage developers,” said Brett Simon, a senior storage analyst at Wood Mackenzie Power & Renewables. “They are willing to accept longer payback periods compared to private-sector customers, have multiple buildings to allow for many deployments from a single contract, and usually have needs for bill reduction and resilience.”

Since being founded in 1997, REC Solar reports working with more than 700 commercial, public sector and utility-scale solar customers. In April, the Duke Energy Renewables subsidiary signed an agreement with the City of Anaheim Public Utilities to build solar carports and shade structures for nine K-12 public schools.

“We can make many energy efficiency upgrades, but nothing stands out quite like driving by a school and seeing the solar panel carports,” said Paul Juarez, energy manager for more than 30 schools in Placentia-Yorba Linda Unified School District.