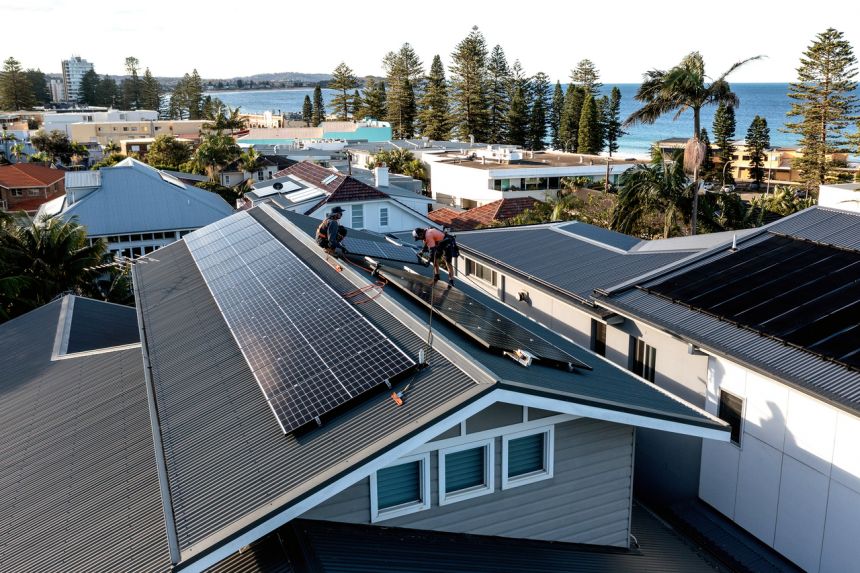 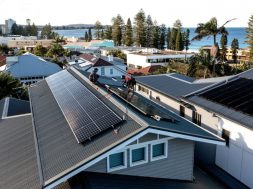 Sun-drenched Australia has massive potential for the production and supply of solar power.

SYDNEY – Australia is experiencing a solar power boom, as a growing number of households install photovoltaic panels on their roofs and turn their houses into power plants.There is also a growing push to lift the currently low rates of battery installation – a move that would enable solar power storage and drastically increase the use of renewable energy.

Data collected by the federal government’s clean energy regulator shows that Australia’s home solar power uptake is among the highest in the world, with panels installed on the roofs of 2.7 million – or about a quarter – of properties, as at the beginning of this year. In 2007, just 0.2 per cent of households had solar power.

Last year, a record 362,000 sets of solar panels were installed across the country, a 28 per cent increase from 2019. Most were for residential properties.

The growing roll-out has been attributed to government subsidies as well as the shift to working from home during the Covid-19 pandemic, which led to an increase in home power usage.

The pandemic also led to an increase in spending on home improvements. For many households, installing the panels leads to sharp drops in electricity bills and the costs can be recouped within six or seven years.

“Australia is one of the sunniest places on the planet,” he said in a statement. “We lead the world in (photovoltaic) capacity on a per capita basis.”

Sun-drenched Australia thus has massive potential for the production and supply of solar power.

In recent years, the federal government and states have run schemes to subsidise the installation of solar panels. The most populous state of New South Wales, for instance, is currently offering to install solar power systems for 3,000 low-income households. Each household is expected to save about A$600 (S$618) a year from reduced electricity bills.

But the surging roll-out of solar panels is not being matched by installation of batteries. While many households can currently save on power bills when the sun is out, and many can also make some money by effectively selling their excess power to energy providers, they are unable to store the power for future use.

Analysts say batteries – which can cost about A$11,000 or more, including installation – are often deemed to be not cost-effective by average households.

Recent analysis by solar energy consultants Sunwiz found that about 110,000 – or 4.4 per cent – of homes have installed solar batteries. It found that only 9 per cent of households installing solar panels last year also installed batteries, down from a peak of 12 per cent in 2017.

Mr Warwick Johnston, from Sunwiz, told ABC News that “the economics of batteries aren’t quite there yet”.

“You wouldn’t say across the board that batteries are going to have fantastic payback or represent a fantastic return on investment just yet for most households,” he said.

The difficulty for many households is that batteries are still expensive and that they effectively allow solar power to be used at night, when usage and electricity prices are often lower.

But governments and retailers are now pushing households to install batteries and providing a range of incentives and subsidies.

South Australia state, which has been a world leader in promoting solar energy, offers subsidies and loans of up to A$3,000 for installing batteries.

The state of Victoria is offering battery rebates of up to A$4,174 for households in areas with fast population growth and high uptake of solar panels. New South Wales is offering interest-free loans of up to A$14,000 for installing solar panels and batteries, though the offer is limited to certain areas.

The authorities in Australia are currently considering a controversial move to effectively charge a fee to households that feed solar power to the grid during busy periods.

The proposal is aimed at preventing overloads. If adopted, it could discourage some people from installing solar power but it might be a further incentive for many to finally add a battery to their rooftop panels.