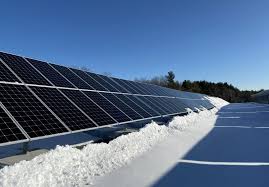 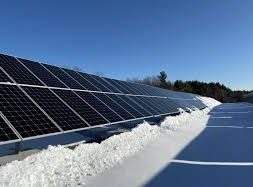 A report issued last week revealed that, worldwide, migratory freshwater fish have declined by 76% since 1970.

This result joins a growing and dispiriting list of dramatic declines for biodiversity and wildlife. However, it also highlights a continuing threat to food security for many regions of the world.

But what does this decline in migratory fish have to do with energy?

Thus, hydropower development triggers a set of difficult tradeoffs between energy and food security. Further exacerbating the challenge, the primary technology aimed at managing those tradeoffs—fish passage structures—has a relatively poor track record, particularly in tropical rivers where they are now being proposed as mitigation for hydropower.

The limitations of fish passage structures to mitigate impacts on migratory fish underscore the importance of planning and investment strategies that can avoid those impacts in the first place.

There are a few key drivers that compel migratory fish to move, including access to seasonally available food resources and, crucially, specific habitats for spawning. Citizens of the United States and Europe should be well acquainted with these needs of migratory fish and how they can clash with hydropower dams: in rivers across the U.S. and northern Europe, once prodigious runs of salmon have been reduced to tiny remnants due to dams blocking access to spawning grounds.

The Columbia River provides a clear example of these conflicts and tradeoffs. Prior to dam development and other impacts, up to 16 million adult salmon typically returned to the Columbia River system each year. Today, hydropower in the Columbia River basin generates 100 billion KW hours of electricity, 40% of annual hydropower generation in the U.S., but salmon have dropped to 2 million returning adults, a near 90% decline.

In short, migratory fish need rivers that are free-flowing between where they start and where they want to be. Globally, only 1/3 of long rivers remain free-flowing, and dams are the primary source of fragmentation for these rivers, with most of these being hydropower dams. This widespread loss of free-flowing rivers is one of the key reasons that migratory fish have declined so dramatically.

Do the tradeoffs between energy generation and migratory fish need to be so severe?

Much of the hope for reducing these tradeoffs has been pinned to fish passage structures. This makes intuitive sense: if a built structure—a dam—blocks the path of migratory fish, simply build additional structures—a fish ladder or even elevator—that can get fish over the blockage.

Fish passage technologies were originally developed for salmon, and passage designers could not have picked better candidates to throw into their engineered arenas to see if they work: salmon are strong swimmers, famous for their leaping ability.

A 2012 review of all peer-reviewed studies on fish passage performance found that fish passage worked far better for salmon than for other types of fish; on average, structures have a 62% success rate for salmon swimming upstream.

That number may sound like a reasonable tradeoff, but consider that most rivers do not have a single hydropower dam, but rather several in a row (a sockeye salmon seeking to return to spawning grounds of the upper Snake River must climb over twelve!). With 62% upstream success at each dam, a migrating salmon population will be reduced to 38% of its original numbers after two dams and 23% after three.

And that rapid decline is with the species that are the Katie Ledecky and Michael Phelps of fish swimmers. That same study found that all other types of fish had an upstream success rate of only 21%. With that lower rate of success, an upstream migrating population will have plummeted to only 4% of the number that started the journey after only the second dam on the river (see figure below).

While fish passage on a salmon river in the U.S. Pacific Northwest might be designed for ten fish species, all relatively strong-swimming, fish passage on a river like the Mekong must accommodate hundreds of species, ranging in size from the diminutive Trey Riel, which weighs as much as a mouse, to the massive Mekong giant catfish, which weighs as much as a grizzly bear. Some are strong swimmers, some are not. Some swim near the surface, some near the bottom.

Despite that dizzying diversity and complexity, and despite nearly no examples of existing projects that have solved similar challenges, fish passage structures are being offered as solutions to mitigate impacts on migratory fish from dams including Xayaboury on the Mekong River in Laos, which began operation last year and is the first of 11 proposed dams on the lower Mekong. 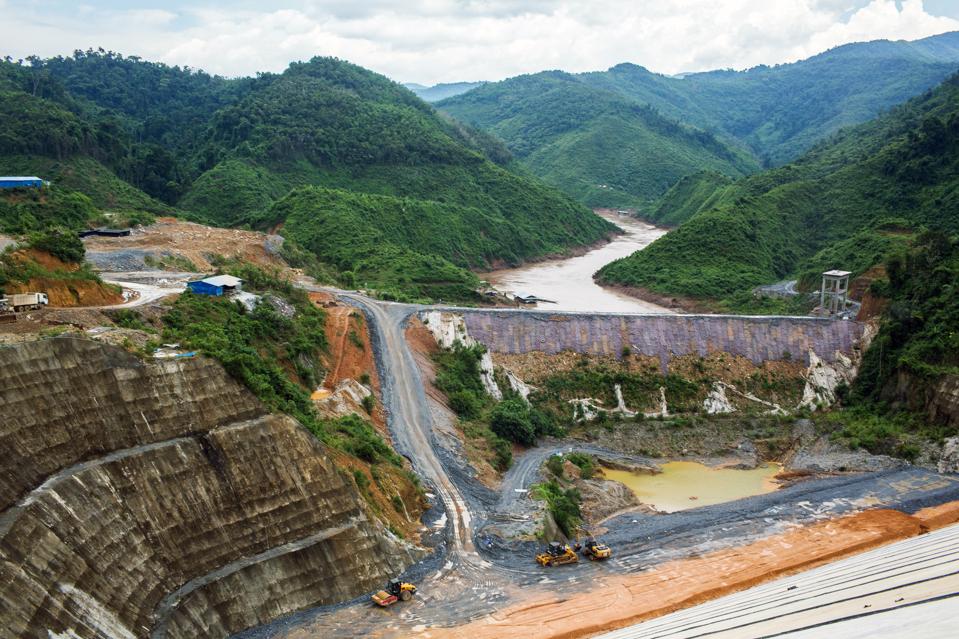 During Xayaboury’s construction, Lao officials showed a video illustrating how fish would navigate the passage structures. Seeming to acknowledge that the video revealed a complex set of challenges for fish to surmount, Reuters quoted an official as saying, “Maybe…we should be training the fish how to use the lift.”

Training programs for fish are unlikely to produce much learning. But the past five years have offered a dramatic education in how rapidly energy options can evolve – a dramatic evolution of energy technologies that may preclude the need for countries to try to solve tradeoffs between hydropower and fish using yesterday’s fish passage technologies.

The renewable revolution—the dramatically dropping cost of wind and solar generation and rapid improvement in technologies for storage and grid management—now makes it possible for countries to develop power systems that are low cost and low carbon while avoiding hydropower dams with large negative impacts on communities or natural resources, such as migratory fish.

While several planned dams on the Mekong are still moving forward, it’s not clear that they will be able to secure financing, even as investment in the region is flowing rapidly toward wind and solar. Installed capacity of solar PV in Vietnam increased by 40 times from 2018 (134 MW) to 2019 (5,500 MW). Laos has recently proposed a 1,200 MW solar project that would consist of panels floating on a hydropower reservoir. Solar investment is also rapidly increasing in Cambodia, bolstered by an auction that produced a record low price for electricity in Southeast Asia at $0.03877/kWh.

These trends in solar cost and investment likely contributed to Cambodia’s recent decision to put a ten-year hold on a hydropower dam on the Mekong at Sambor, a project described as “the worst possible place [on the Mekong] to build a major dam,” in large part due to it projected massive negative impacts on migratory fish.

Thus, the technological breakthroughs of the renewable revolution may wind up solving the great challenge of reconciling energy and migratory fish, a challenge that fish passage technologies have not been able to solve. Delivering on this promise will require that countries and funders emphasize planning and policies to maximize investments in the technologies that can relieve the pressure to build hydropower dams with large tradeoffs. For grids that still require new hydropower, those dams can be placed largely in places that will minimize impacts on free-flowing rivers, and thus migratory fish, such as upstream of existing dams.

In river basins with mature systems of hydropower, adding or improving fish passage on existing dams can provide benefits to migratory fish. However, the biggest improvements for fish migration will likely come through removal of aging dams, such as on the Elwha River (Washington) and the 120-foot tall Vezins Dam on the Sélune River in France.

Runs of migratory fish can rebound dramatically following dam removal, such as river herring exploding from a few thousand to a few million a few years after dam removal on the Penobscot River (Maine). If last week’s report offered a grimly descending curve for migratory fish, dam removal can bend it back.

And on rivers like the Mekong, the pleasantly descending curves of cost for solar, wind and storage, can potentially keep both rivers and migratory fish flowing freely.