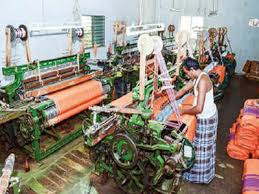 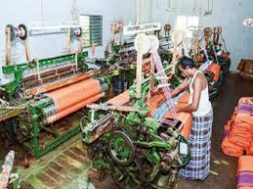 Coimbatore: Officials at the regional office of textile commissioner in the city said small powerloom weavers in the state could avail of subsidy for setting up solar-powered looms and also benefit from the solar power scheme as the sector has been included under the ‘net feed-in scheme’.

M Balasubramanian, deputy director at the regional office of the textile commissioner in the city, said the state had in March this year given a notification that the net-metering system in solar power would also be applicable to the powerloom sector.

In addition to this, small powerloom units, which have up to eight looms, could avail a minimum of 50% subsidy under the Powertex India Scheme for setting up the infrastructure required for solar power generation.

Balasubramanian said they had opened the application process for the scheme last month. “We have spoken to grid suppliers, who would provide invertors, solar panels and feed-in systems. They would connect with beneficiaries. We have asked them to give us a forecast on the possible number of installations for the next three quarters of this fiscal.”

Under the net feed-in system, two electricity metres would be installed – a bi-directional meter for measuring the power imported from and exported to the gird, and another one for measuring the generated solar power. Every imported unit costs around Rs 4.6 and for every unit exported to the grid anywhere between Rs 2.6 to Rs 2.8 would be waived from the total tariff.

B Kanthavel, a representative of Erode Powerloom Association, said, “If we go by the net feed-in scheme, it would take around two years for us to get back the amount we invested in solar power. So, we think it would not be profitable. We need more clarity.”

Officials, however, said the net feed-in scheme was brought in by the Tamil Nadu Electricity Regulatory Commission, as they had to account for operational costs and losses incurred while distributing power. 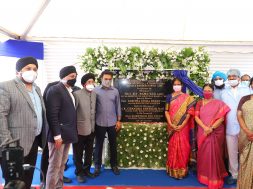