For the first time in India, the price of solar energy is lower than the price of thermal and nuclear energy.

Sumant Sinha, Chairman & CEO of ReNew Power Ventures Private Limited said that the recent solar bids are aggressive and that prices could head below Rs 3 per unit.

“The bids that have just happened recently were aggressive. They do assume that solar panel prices will continue to decline over time in the future, and so will interest rates, and those are the biggest assumptions that have an impact on what the tariff eventually will be,” he said.

According to him, people that have made those bids have probably made certain assumptions and now we have to see whether those assumptions will pan out or not.

“Solar costs have declined very dramatically, I think you’re likely to see sub-Rs 3 per unit price in solar now and then depending on radiation levels, land acquisition availability, costs could be anywhere from Rs 2.60-2.70 per unit to about Rs 3-3.23 per unit,” he said in an interview to CNBC-TV18.

Solar today is a very small part of the overall grid, he said, adding that even now it probably accounts for less than 2 percent of the total power generation in India.

Therefore, even if we scale it up to the government’s target of 1,000,00 MW in the next 5 years, it will account for less than 7-8 percent of the total power generated in the country, said Sinha.

So, that small an amount is unlikely to threaten large legacy systems, said Sinha, adding that solar ultimately varies with the sun and therefore you do need to have base load power as well until such a time that storage becomes more viable, which will also happen eventually and that is why in the longer term there will be a fundamental transformation in the way that energy systems are run and operated and therefore that will begin to impact thermal as well.

Below is the verbatim transcript of the interview.

Q: First up, the most troubling question for legacy companies that is thermal companies as well as for banks, a tariff of Rs 2.4 was the last we heard from a solar power generator. Is this is a viable rate at which solar power can be generated?

A: That is a bit of a difficult question to answer because it is a function of when you are talking about. The bids that have just happened recently are aggressive. They do assume that solar panel prices will continue to decline over time in the future and so will interest rates. Those are the biggest assumptions that have an impact on what the tariff eventually will be. People who have made those bids have probably made certain assumptions and now we have to see whether those assumptions will pan out or not. My personal view is that solar costs have declined very dramatically. You are likely to see sub-Rs 3 prices in solar now and then depending on radiation levels, depending on land acquisition availability, costs could be anywhere from Rs 2.60-2.70 to about Rs 3-3.25.

Q: That would be more reasonable.

A: I think so. And I think that is really where solar tariffs would be at a more prudent pricing at this point in time which still does not take away from the question you were asking with respect to legacy systems because this would still mean that solar power will continue to be cheaper than any other form of power than there is right now.

Q: Does this put legacy systems under threat? For instance, the newly built coal based power plants, the GMRs, the GVKs, Reliance Powers, those that do not have long-term power purchase agreements (PPA) are in trouble you think?

The second thing is that solar ultimately varies with the sun. Therefore, you do need to have baseload power as well to carry on until such time that storage becomes more viable, which will also happen eventually. That is why, in the longer-term, there will be fundamental transformation in the way our energy systems are run and operated. Therefore, that will begin to impact thermal as well.

Q: What is your trajectory for the evolution of storage? We hear that Tesla is making storage batteries smaller and smaller and cheaper and cheaper. Will solar not become a 24-hour system some time soon?

Q: How much time?

A: I would say give it another 2-3 years. It is not a long amount of time and the pace at which storage costs are coming down certainly is very encouraging. Therefore, you will have a situation eventually where renewables, not just solar, but any other form of renewable energy or intermittent energy will get coupled with storage and will start getting into a position where it can start meeting day-time differential requirements, whether it is a day-time peak or the evening peak and so that will begin to happen. And that will then, really become transformational, as I said earlier with respect to how we view energy generation and consumption.

Q: Where does the grid fit in all this? You said that you are in about nine states. Are all these well connected to the grid?

A: That way, Indian grid management has been relatively prudent so far. We are not allowed to get connectivity unless and until the grid has done an assessment that the power can be evacuated. Therefore, wherever we are evacuating power to, usually is able to operate without curtailment.

Having said that, the reality is that as we have more and more renewables into the grid, we will need to have much larger evacuation power, evacuation systems and that is something that the government is seized of and is working on.

Now, you alluded to the grid and that actually is an extremely fundamentally important factor for renewable energy because today, we still have large utility scale plants which are connecting into the grid which are then supplying it to urban or load centres. But over a period of time, the incredible power of solar is that you can even set up a small thing on a rooftop and the cost does not increase dramatically.

So it is scalable up and scalable down in terms of size. Therefore, what will happen is that you will have more and more people having rooftop installations. Today it is mostly commercial and industrial customers where it begins to make sense from a pricing standpoint. Tomorrow, it will start making pricing sense for residential customers as well and it will start having a total change on how people start consuming that.

Q: When do you see solar rooftops becoming par for the course?

A: I think it is going to happen very soon. The only constraining factor today is two things. Number one, the ability of companies to execute at that level, which is something that has not yet been, a business model has not yet evolved. A lot of people are working on that including us for example. And certainly, the government is also trying to give subsidies for installations for consumer installation. Therefore, there is an execution aspect which will get resolved over a period of time.

The second is the issue of costing and today, most residential customers are paying Rs 4-6, that sort of price level and at that tariff level, you will find that solar will start becoming cheaper and then you will yourself start running solar more and pulling less power from the grid because it is going to become cheaper for you to do that. As that happens, people will start — whenever they have surplus generation, for example, if you are not at home in the day time, you can sell it to the grid. So, the grid has to therefore, be in a position to accept that power.

Q: That is some years away is it not?

Q: This all looks like a golden future but the present is a little gloomy and for at least two sectors. One, the DISCOMs, do you see them getting nursed back to health? We are now in a crazy situation where we are a power surplus country with perhaps an abysmal per capita consumption. When do we cross this hump?

A: These are very relevant questions you have asked. A couple of things. India’s per capita consumption is a quarter that of China’s. If we are even to get to half of that total consumption, we have to double our total power generation. Now the capacity exists, now fuel supply problems have also been resolved. We need demand to pick up and even though we are growing at 6-7 percent, perhaps we need to grow at 10-13 percent every year on an aggregate demand basis to reach those levels fairly quickly. That growth we are not seeing because perhaps it is linked to the overall growth of the economy.

Q: But is that a demand issue or is it because the DISCOM is kind of stuck in the throat and not allowing?

A: Exactly, one is the overall demand from manufacturing side and so on that needs to pick up and the other important aspect is the issue of the financial health of the DISCOMs. That is an area that unfortunately, despite all the reforms that we have done as a country, we have not been able to touch that sector.

And the central government has come out with the Ujwal DISCOM Assurance Yojana (UDAY) scheme. They have done what they could. Now it is really up to the states to come to the party and cut down their aggregate technical and commercial losses (AT&C) losses, nurse the DISCOMs back to health, perhaps increase tariffs wherever it is required to be increased for whichever sectors.

And eventually, either the longer term solution has to be that you have to finally end up privatising the distribution side and get it depoliticised, get it out of the hands of the government. Now whether Indian politicians allow that to happen or not, only time will tell. But longer-term that is the direction that we need to go in.

Q: Where is gas based power in the whole scheme of things in India? Since the expected gas from India has not materialised, do you think at the moment that gets scrapped because solar power and other coal based power is so much cheaper?

A: Gas has a very important role in any power system and that role is that of providing power whenever it is required, ramping up and ramping down very quickly. That is particularly important in a situation where renewable penetration has gone up dramatically. Coal is not able to play that role. You cannot back coal down beyond 50 percent, but gas you can back down to zero and ramp it up again to 100 very quickly.

Unfortunately in India, we do not have good gas supplies and even if we do, the role that gas has to play requires differential pricing for that power because you cannot pay the normal tariffs, you have to pay a higher tariff and that higher tariff perhaps can support liquefied natural gas (LNG) based gas into India to run some of these gas based plants.

Now that is something I presume the government is working on to figure out how to solve this problem. It is not an immediate problem. This whole ancillary market development, but it is something that will emerge and the fact that we have some gas capacity along with some hydro capacity can allow us to address some of these problems in the future. 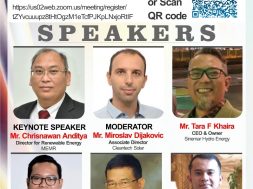 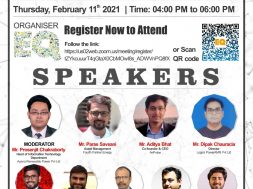 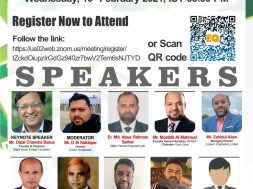