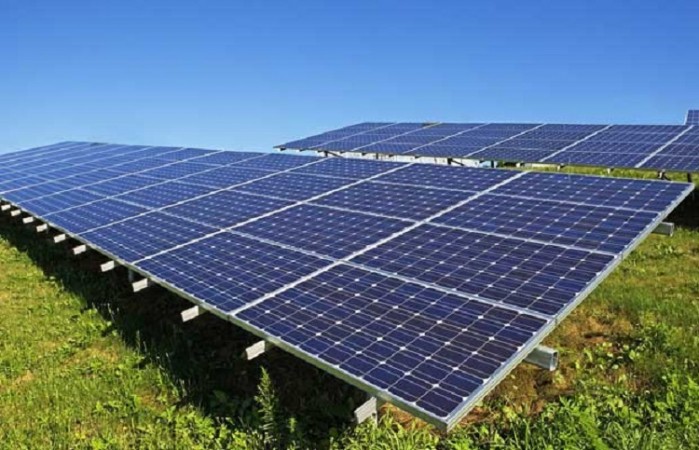 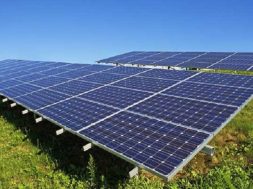 The stellar surge in solar-energy stocks is faltering as investors turn their focus to bargains that may benefit from the end of lockdowns. While some shares made gains today, market participants expect continued selling pressure.

Following a jump of more than 230% in 2020, The Invesco Solar ETF has fallen 14% this year, with members of the fund including Sunnova Energy International Inc. and Sunrun Inc. down more than that.

The WilderHill Clean Energy Index, which skyrocketed almost sixfold in roughly 11 months through Feb. 9, has since fallen more than 30%. Both are set to have their first quarterly loss in a year.

The solar gauge jumped over 5% Tuesday, most since March 11. Sunnova, SunPower Corp., and Canadian Solar Inc. all rallied over 8%.

After seeking to capitalize on high-flying growth stocks, like solar, equity investors are on the lookout for so-called value investments that look cheap and have the potential to rally when economies return to normal. So, it’s understandable that solar is seeing some profit-taking as portfolios rotate, said Raymond James analyst Pavel Molchanov.

“Undeniably, solar stocks, as well as other growth stocks, have been under pressure as of late, driven by investors’ concerns on rising interest rates, shorter term focused investors’ profit taking, a market wide shift in focus from growth to value stocks and indiscriminate selling,” Berger said in an email. 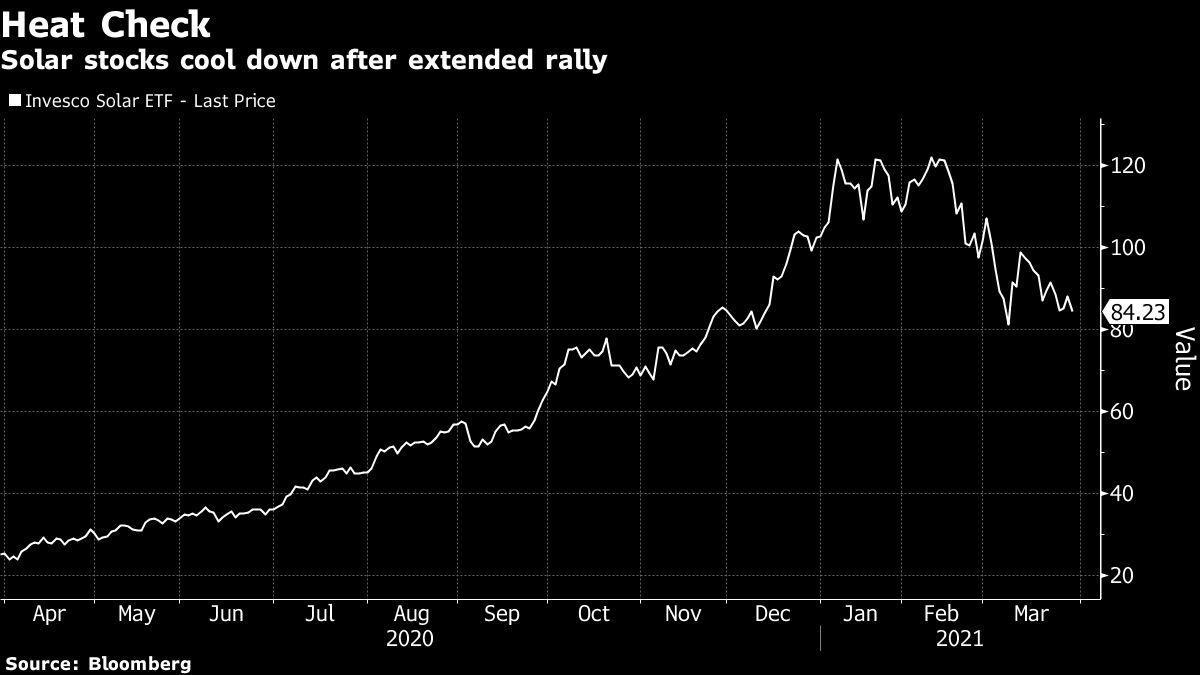 SPACs have been a key instrument for private companies to go public, including the rush of electric-vehicle and clean-energy listings, but rising bond yields and a flood of issuances have sapped sentiment.

Meanwhile, the three biggest utilities in California — America’s biggest solar state — this month proposed new connection charges and lower compensation for rooftop customers who install panels on their homes. Multiple companies have issued equity, which tends to pressure stocks. And interest rates have ticked up.

And Washington is poised to start work on “an infrastructure bill that I suspect will include things that are advantageous for solar,” Joe Osha, an analyst at JMP Securities, said in an interview.