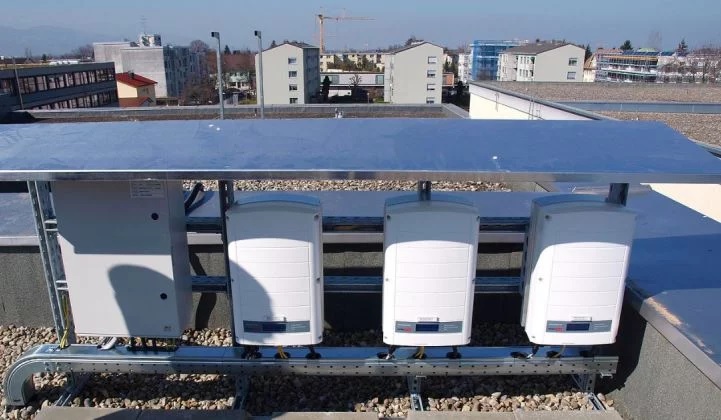 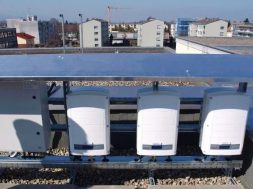 SolarEdge’s core solar microelectronics business helped deliver record-breaking revenues in the first quarter of 2019, even as integration costs related to the company’s string of recent acquisitions weighed on its earnings.

SolarEdge reported revenues of $271.9 million for the first quarter, up 3 percent from the fourth quarter of 2018 and up 30 percent from $209.9 million in the same quarter last year.

This kind of performance has become fairly standard for the Israel-based company, which has beat analyst earnings estimates in seven of the past eight quarters.

The news was not all positive for SolarEdge in Q1. Net income fell 47 percent from last year, to $19 million. The decrease was driven largely by costs of integrating the companies it has acquired in the past year — uninterruptible power source company Gamatronic, South Korean battery manufacturer Kokam and Italian electric vehicle drivetrain firm SMRE.

Changes in GAAP accounting standards also dented the bottom line, CEO Guy Sella said on a Monday analyst call. He suggested analysts look instead to SolarEdge’s performance in non-GAAP terms, which yielded a first-quarter net income of $32.9 million — up 5 percent sequentially, though still down 23 percent from last year.

Investors focused on the good, with shares of SolarEdge up more than 18 percent in after-hours trading, to around $52.

Breaking out the new acquisitions

Sella highlighted SolarEdge’s continued strong growth in its core solar panel optimizer business, as well as its growing inverter business. The company shipped 1.1 gigawatts of these products in the first quarter, with 3 million power optimizers, and 151,000 inverters.

But this was also the first quarter that included SMRE’s financial performance in SolarEdge’s non-solar financials, Faier said. In January, SolarEdge agreed to acquire 56 percent of the Italian EV drivetrain, charging and telemetry technology provider’s shares on the Italian AIM stock exchange, at a price of approximately $85 million. Since then, SolarEdge has continued to acquire SMRE shares, and now holds more than 98 percent of the company.

Meanwhile, SolarEdge last year announced plans to acquire a majority stake in Kokam, and it continued buying shares in the battery company during Q1 as well.

Sella outlined some of SolarEdge’s plans to integrate Kokam’s lithium nickel manganese cobalt battery technology into its growing line of energy storage systems, which include behind-the-meter solar-plus-storage for the residential market, as well as larger commercial and grid-tied applications. (That’s not including Kokam’s existing contract to supply 40 megawatts of batteries to South Korean utility KEPCO.)

Today, SolarEdge uses lithium-ion batteries from LG, and the companies’ optimizers and inverters are often paired with Tesla batteries in deployments like its virtual power plant (VPP) projects with utilities in Vermont and Australia. But SolarEdge is also integrating its own Kokam products in different applications, such as a three-phase on-grid storage system for the European market due out next month.

Sella fielded analysts questions on SolarEdge’s current market share as compared to microinverter competitor Enphase, which has been gaining ground in recent quarters, as well as more advanced string inverters from players such as SMA, Fronius or ABB.

Sella suggested that SolarEdge would have more market share insight later this month, with the release of an expanded version of Wood Mackenzie Power & Renewables latest global solar PV inverter report that breaks out market shares by top vendors.