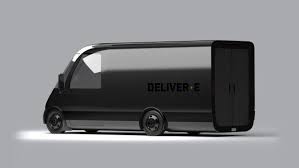 Soon, the Kitty Litter Will Come by Electric Truck 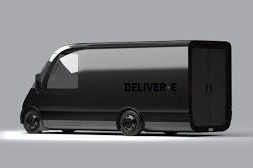 Soon, the Kitty Litter Will Come by Electric Truck

With deliveries surging during the pandemic, carriers like UPS and FedEx and companies like Amazon are renewing their push toward electric vehicles.

Going back years, you might have been able to spot a truck from the likes of FedEx and UPS, and more recently Amazon, that ran on electricity. But most of these were small, short test runs that left the internal-combustion status quo in place.

Now that battery technology is catching up to ambitions, many companies are making big commitments to electrify the last delivery mile, typically from transportation hub to destination. The momentum means that plugging in the fleet may happen well before another vaunted goal — self-driving — is reached. Success is not guaranteed, though. The companies are eager to buy, but they will need the latest in battery-powered trucks, and a lot of them.

The rush to electrify, prompted by concern about climate change, a chance to offset growing delivery costs, government regulation and big advances in battery technology, is occurring as the coronavirus pandemic has caused a huge spike in package delivery. UPS, for instance, was delivering up to 21.1 million packages a day in the second quarter, a nearly 23 percent jump in average daily U.S. volume from a year earlier. Avery Vise, vice president for trucking at FTR Transportation Intelligence, said big increases in delivery truck orders hadn’t shown up yet, but they’re very likely coming.

“The rise in e-commerce is increasing demand for electric delivery vans,” said Tim Denoyer, vice president and senior analyst at ACT Research, a forecaster and consulting company specializing in commercial vehicles. “And because of three factors — the short length of operation, the ability to return to a central base, and frequent stops and starts that work well with regenerative braking — the duty cycle works well with electric.”

In an estimate before the pandemic, Statista said the North American last-mile delivery market was $31.25 billion in 2018, but would reach just under $51 billion in 2022. The incentives to electrify that market are partly financial. The Bloomberg New Energy Finance “Electric Vehicle Outlook 2020” predicts that, by the mid-2020s, even without subsidies, E.V.s will be at cost parity with their polluting counterparts in most segments.

Mr. Denoyer said that was happening already. “In short local delivery operations, the cost economics for electric are now better than diesel in some cases,” he said.

With more deliveries to make, the carriers will need more trucks. Compared with, say, compact S.U.V.s or full-size pickups, it’s a niche market, but it’s growing and new players are arriving.

Robert Bollinger, chief executive of Bollinger Motors, has a battery-powered S.U.V. and pickup planned for late 2021. In an interview, he revealed that the company was also exploring a third vehicle, a midsize Class 3 delivery van with at least 200-mile range that will be built with a manufacturing partner.

“We can get to market quicker that way,” Mr. Bollinger said.

Like Bollinger, the Michigan-based start-up Rivian — with large investments from Ford, Amazon and others totaling $6 billion — has announced an electric pickup (R1T) and an S.U.V. (R1S), with vehicles reaching customers starting in 2021. But by 2022 it is also planning to deliver the first 10,000 of what by 2030 will be 100,000 delivery trucks for Amazon.

“We worked closely with our shareholder Amazon to develop a vehicle optimized in terms of efficiency, driver ingress and driver comfort for last-mile delivery,” the chief executive, R.J. Scaringe, said in an interview. The vans will be built alongside the other Rivian vehicles in a former Mitsubishi plant in Normal, Ill.

Rivian’s initial plan, in 2009, was to build a sports car. “By 2010, it became clear that the strategy wasn’t right,” Mr. Scaringe said. “Tesla had launched its Roadster, and the world didn’t need another company doing that. We shelved everything and started thinking about how to go forward.”

Amazon intends for this electric fleet, designed with feedback from drivers, to cut its annual carbon emissions by four million metric tons by 2030.

UPS, which has 125,000 vehicles on the road globally, is also committed to electrifying its trucks, with multiple partners. The company’s largest order, for 10,000 vehicles, is to Arrival, a British company in which it has a minority stake. According to Scott Phillippi, senior director of maintenance and engineering for UPS’s international operations, 70 percent of those trucks will be deployed in the United States, and they’ll also be used across Europe.

Electric delivery, Mr. Phillippi said, “gives us a chance to be transformational, not just in energy consumption but in terms of leveraging all the technology beyond just making the wheels turn that is available to fully connected vehicles.” These include driving and braking by wire, over-the-air software upgrades and safety technology that will reduce accidents.

Mr. Phillippi said the biggest challenge is actually getting the eagerly anticipated electric trucks, which are just starting to trickle out of the manufacturers.

“We want something that we can purchase that makes sense and is available,” he said. “Right now we’re just starting to see the sweat on the ice cubes.” The first Arrival trucks will be delivered next year, then, he hopes, ramp up in 2022 and 2023.

The Corporate Electric Vehicle Alliance, led by the Massachusetts-based corporate sustainability nonprofit Ceres, is pushing for more commitments, but the marketplace has to deliver. Sara Forni, senior manager for clean vehicles at Ceres, said: “Companies are taking serious action to make this a reality, but there is a lack of commercially available vehicles to meet their diverse needs. It’s a real gap.” It helps that Ford will field an all-electric Transit cargo van for the 2022 model year.

“Those will definitely be disruptive,” Mr. Phillippi said. “Covid has pushed out the delivery of these trucks, but we’re likely to see them next year.” A fleet that includes up-to-500-mile-range semis and 150-mile local delivery trucks “will do a lot of what we need,” he said.

FedEx is collaborating with Chanje, which is deploying a Chinese-made truck. In 2018, FedEx said it would add 1,000 of Chanje’s V8100 electric vehicles to its fleet, 100 of them through direct purchase and 900 leased through Ryder. The timetable to deliver the first trucks this year has been set back, but the overall plan is still intact.

Bryan Hansel, chief executive of Chanje, said: “2020 was a difficult year for everyone, but it put a spotlight on our industry. We expect to produce more than 5,000 vehicles in 2021, with our anchor customer, FedEx, getting the largest percentage of them. We think this number will start to move the needle and give our customers, who are desperately in need of supply, access to real-life units.”

Chanje will also supply charging infrastructure, including 42 stations at FedEx locations in California.

In a statement, FedEx, which operates more than 100,000 trucks in its express division globally, said it added almost 400 electric vehicles to its international fleet in the 2019 fiscal year. The international electric fleet then totaled 2,944, including forklifts and airport ground service equipment. Each new Chanje van would avoid 20 tons of emissions each year compared with its regular package vans, the company said.

Electric vans make sense for a variety of reasons, Mr. Hansel said, including reducing the cost per mile for deliveries — especially crucial when online retailers compete by offering free deliveries. “The last mile for deliveries used to be overnight envelopes, but now it’s dog food,” he said. The same-day delivery market will account for $200 billion in U.S. online sales by 2025, according to Accenture.

An Ohio company, Workhorse, is hoping to deliver 300 to 400 delivery vans this year, and UPS is an eager customer. But the big prize is what the U.S. Postal Service calls Next Generation Delivery Vehicles, which has been in a bidding process going back five years.

Suppliers provided test vehicles, which have electric, hybrid and internal-combustion drivetrains, and testing of those was completed in early 2019. The post office has been struggling financially, but it wants as many as 186,000 of these vehicles to be delivered at a cost of more than $6 billion to replace its aging fleet. Workhorse is a finalist, and the post office plans to make awards for the production phase by the end of 2020.

Some of the companies pushing for change don’t actually own their own fleets, but direct their supply chains. The Swedish giant Ikea, which aims to be “climate positive” by 2030, announced two years ago that by 2025 all of its deliveries across 30 markets “will use electric vehicles or other zero-emission solutions.”

The company is close to meeting its goal in New York, he said, and Los Angeles “will take a little longer.” A big part of making these deliveries work is adding charging infrastructure to Ikea’s stores, and that process is underway, Mr. Moelk said.

In 2018, McKinsey & Company said that electric delivery was emerging from the pilot stages to series production. That trend is much more apparent now, though the pandemic and other factors are still slowing down those production lines. But for manufacturers, the incentives are clear — in the form of concrete orders from companies that want desperately to plug in.