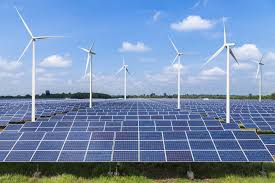 The South Delhi Municipal Corporation (SDMC) on Tuesday approved a proposal for installing rooftop solar panels at all its buildings as well as setting up e-charging stations at sites provided by the civic agency.

The proposal was approved in a standing committee meeting on Tuesday.

The SDMC will tie up with National Thermal Power Corporation (NTPC) for the execution of the project.

Rajdutt Gehlot, chairman, SDMC standing committee, said the idea behind the proposal is to minimise the expenditure incurred on electricity at office buildings and to also generate revenue through e-charging stations.

“After approval from the standing committee, now a memorandum of understanding (MOU) will be signed between the civic body and the NTPC for the project. This project will complete the requirement of electricity in SDMC as the civic body will purchase solar power from the NTPC for its consumption which will be cheaper,” he said.

According to municipal officials, solar panels are already installed at 208 buildings and nearly 9.33 megawatt (MW) electricity is being generated through these panels. Similar work of installation of solar panels at 177 SDMC buildings is underway which will produce 0.8MW of electricity.

“Under the project, the NTPC will install rooftop solar panels at 250 more buildings under the SDMC which will produce nearly 10MW electricity. The NTPC will also set up ground solar panels at a south corporation’s land in Ghummanhera for the generation of 20MW solar power. The civic body’s electricity demand is around 35MW which will be met by solar power after completion of the project,” a senior SDMC official said, on the condition of anonymity. The official also added that the work on the project is likely to be started in January next year.

Besides, the NTPC will also set up e-vehicles charging stations at different locations in the SDMC jurisdiction. “We don’t have to spend any money on this. We will just provide the land and locations and entire infrastructure for solar panels and e-charging stations will be developed by the NTPC,” the official said.

The official added that terms and conditions for revenue sharing are yet to be worked out. However, the responsibility of operations and maintenance of solar panels and e-charging stations will be on NTPC.