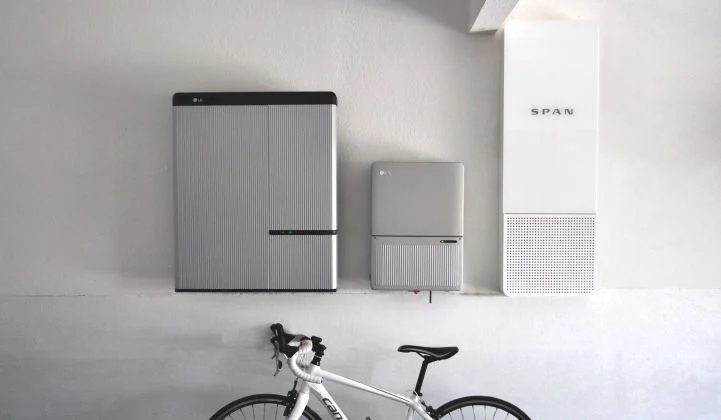 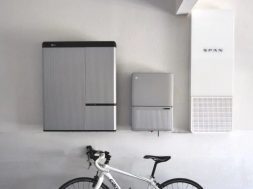 Led by a Tesla alum, the California startup looks to tap growing demand for solar and storage in key markets of California and Hawaii.

Span.IO, the San Francisco-based startup that makes a smart home electrical panel that can track and control behind-the-meter batteries, rooftop solar inverters, EV chargers and other key household loads via smartphone, has landed a $10.2 million Series A round to scale up deployment in key markets, including wildfire-prone California.

Span CEO Arch Rao, former head of Tesla’s energy storage business, said the funding round will help ramp up deployment and build relationships with solar and storage vendors such as LG Chem, which integrated Span’s panels in its “customizable backup” solar-storage offering earlier this year. Span plans to announce another partnership later this quarter to “provide more integrated options for customers.”

Span has also earned UL certification in recent weeks, an important step in expanding from the early-access customer installations it’s done so far to broader adoption in its target markets of Hawaii and California, where behind-the-meter batteries are becoming a frequent add-on to residential solar systems.

In Hawaii, the state’s tariff structures for rooftop solar make self-storage a more economically favorable prospect than exporting to the grid. In California, by far the country’s biggest solar market, adoption is driven by a combination of shifting time-of-use rates and the state’s Self-Generation Incentive Program (SGIP), which offers significant rebates for behind-the-meter batteries — particularly for customers most vulnerable to having their power shut off by utilities trying to prevent their grids from sparking wildfires.

We’re going to work actively to get as many storage systems deployed as we can before fire season begins,” Rao said.

Leading U.S. solar installer Sunrun, which has sold more than 10,000 of its Brightbox battery systems, is reporting a 35 percent “attach rate” for batteries added to solar in California. That rate increases to 60 percent in the San Francisco Bay Area region served by bankrupt utility Pacific Gas & Electric, which blacked out millions of customers last fall and could be forced to de-energize a large number of customers as this year’s fire season advances.

These providers have been “very focused on the cost reduction of these core pieces of technology, but less on system integration and even less on load controls,” Rao said.

Span’s ability to monitor and analyze how much power is consumed by various household loads, and to preconfigure and adjust which loads are powered during blackouts, could offer a significant advantage on that front, he said.

Under the hood of Span’s home power control system
The upfront cost of a Span panel is on par with or cheaper than the cost of upgrading a typical household panel and integrating the automated transfer switches and isolation transformers required with battery or EV charger installs, Rao said. The company also claims its product offers “significantly more functionality,” he said.

Mainstream electrical panel makers like Eaton and Schneider Electric have yet to tackle this kind of advanced functionality, most likely because they sell into highly cost-competitive global markets. There wasn’t much need to alter otherwise reliable products before the era of household batteries and EV chargers.

But customers with these devices want more control over how they interact with household energy use, Rao said. Even absent the threat of blackouts, customers want to manage loads to maximize the value of self-generated solar against time-of-use rates or to ensure their EVs are charging during off-peak hours, for example.

Rogers, who is advising Span, said in an interview that Incite’s investment was informed by his experience with the whole-home energy control technologies now on the market. “There are a lot of companies that give you charts and graphs” of home energy usage via circuit metering or energy disaggregation, he said. But in his view, “there needs to be some automation and control with the data that’s done behind the scenes, without the user worrying about it.”

Rogers also installed a backup battery in his San Francisco home and says he “ended up spending a lot more” than the equivalent cost of a Span panel to hardwire essential loads, “especially in electrician time, hiring people to figure things out.”

Mary Powell, who has joined Span’s board of directors as an independent member, described similar challenges in linking multiple residential systems during her time as CEO of Vermont utility Green Mountain Power, which has deployed Tesla Powerwall batteries to customers to serve both backup power and grid management needs.

“The storage device was talking to the utility, and the utility was leveraging it from a grid perspective,” said Powell, who is now a member of the board of directors of Sunrun and utility Hawaiian Electric. “It’s a huge leap forward, though, to go from that to having an actual smart panel in my home, where not only is it leveraging my storage device, but the two electric vehicles I have, the solar on my home, and eventually smarter and smarter appliances — and I can see it all on an app on my phone. This is something that many of us working in this industry have tried to cobble together.”