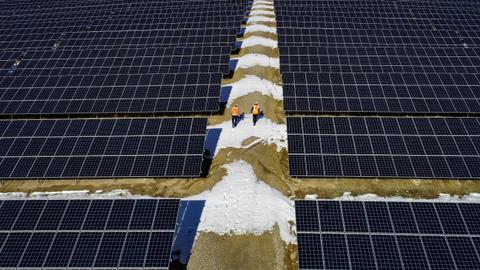 The Sri Lankan government has awarded a contract to a Chinese based joint venture, to install a hybrid renewable energy system in three islands of the coast of Jaffna, at a cost of USD $12 million.

The contract forms a part of the Supporting Electricity Supply Reliability Improvement Project, which is being implemented by the Ceylon Electricity Board (CEB) but is directly funded by the Asian Development Bank (ADB).

Read more at the Colombo Gazette here and The Island here.

Last month, the Sri Lankan government said it was in talks with the Chinese government to construct a new maximum-security prison. Also last year, Sri Lanka’s state-owned Bank of Ceylon entered a long-term facility with the China Development Bank, the largest development financial organisation in the world, for USD $140 million, as Colombo’s economic crisis worsened amidst piling debt repayments.

The Sri Lankan state has frequently enagged in land grabs across the Tamil homeland, including the islets of the Jaffna peninsula. Last year the Sri Lankan archaeology department seized land in Neduntheevu (Delft Island), claiming it contains a ruined Buddhist monastery complex.

Sri Lanka’s government has been accused of concealing colonisation schemes under the guise of ‘archaeology’, seizing acres of lands across the North-East. The Sri Lankan military were extensively involved in the construction of a Buddhist vihara at Nainativu . The islet has been a under intense Sinhalisation , with the Sri Lankan government attempting to change the name of the Jaffna islet from ‘Nainativu’ in Tamil to ‘Nagadeepa’ in Sinhala.