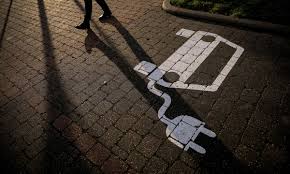 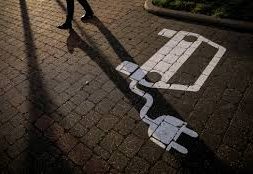 Few of us understand what a kilowatt hour represents. A minute, however, is a pretty intuitive unit of measurement and, New York aside, represents the same thing the world over.

So when electric vehicle entrepreneurs starting building public charging stations, they decided to price their power based on time, rather than the number of electrons zipping down the cord and through the plug.

It made perfect sense, largely because the seminal crop of electric vehicles took about the same amount of time to top off. Today, however, that tiny decision made years ago has grown into a byzantine morass of fees and pricing tiers, that vary by vehicle and state. When billing by the minute, even the weather can affect the cost of charging. One doesn’t have to be an electrical engineer to figure out what it’s going to cost to power up a Chevy Bolt, but it doesn’t hurt; a side hustle in public policy and/or economics is useful as well.

On Wednesday, some of that jerry-built pricing pyramid came tumbling down, as Electrify America, which owns and operates 470 of America’s fastest public chargers, started pricing by the power used– the kilowatt hour – rather than the minute.

The strategy follows Tesla, which owns and operates its own chargers for its vehicles. Elon Musk and company have long said it’s a more fair and equitable fee structure. The case is even more compelling when considering the breadth of electron-driven machines hitting the market.

Electrify America was spun out of Volkswagen as a mandated response to its 2015 Dieselgate emissions scandal. As such, its leaders know better than most the pace of electric vehicle innovation. Generally, the coming machines will hold more power and charge far faster than Nissan engineers could have dreamed of when they were welding together the first little Leaf a decade. As vehicles hoover up electrons at speeds often five times faster than dated EVs, pricing by the minute is going to increasingly hamstring revenue for charging stations.

“We want to drive the adoption of (EVs) in the marketplace,” says Rob Barossa, Electrify America’s senior director of sales, business development and marketing. “But we also want to make, sure for the infrastructure in the ground, that it’s a sustainable biz model.”

There’s also growing inequity among consumers. Drivers in older, less advanced vehicles are often paying more than those in newer, sleeker EVs for the same amount of juice. Pricing tiers based on battery capacity make the equation somewhat more balanced, but are far from precise.

“It’s going to cause a big problem over time,” said Matt Teske, who founded a company called Chargeway that helps drivers make sense of charging stations and prices. “There are so many variables, you’re never going to get it right.” Ultimately, Teske says the complexity of the market has been a major barrier to adoption.

What’s more, savvy drivers understand that their batteries charge more quickly when they are fairly empty. To game the system, in a sense, they often only partially fill their batteries – the fastest part of the spectrum – and drive off before the fee curve steepens.

Ultimately, Electrify America says the shift in pricing strategy will make for a far more simple, equitable system. Drivers will pay .43 cents per kilo-watt hour at most of its plugs, with a 28% discount for those who agree to a $4 a month membership fee. Those in fancier vehicles may end up paying more than they used to; those in scruffier machines, may see their fuel costs fall a bit. Much will depend on where drivers have been charging.

Though rival charging networks dabble in power-based pricing, the Electrify America decision is expected to pull the market along. EVgo, which owns and operates more than 800 fast-charging station in the U.S., said it will likely move away from time-based pricing sometime next year. “We’ve been trying to think long and hard on this,” said Jonathan Levy, senior vice president of business development. “The question is how we make sure we do it thoughtfully.”

Among other things, EVgo will have to decide if it will charge the same price for electricity in states where it pays substantially different rates to utilities.

Still, state utility regulators are a persnickety bunch. They generally don’t like the idea of a company taking electricity and reselling it at whatever price they see fit. For the time being, Electrify America and its rivals will still charge by the minute in some 27 states, including four of the eight most populated: Texas, Florida, Pennsylvania and Georgia.

Consumers generally hate a shift in pricing strategy. It can feel like a trick and change, even when beneficial, is unsettling. To date, however, consumers have been pretty skeptical about electric vehicles as well. Eventually, most drivers will be counting their kilowatt hours, it’s just a question of how long it will take.