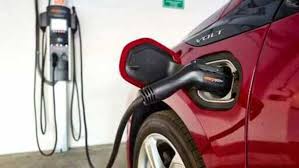 Several companies in the electric vehicle charging infrastructure business are working hard to roll charging networks out around the country. In many areas, the lack of a charging infrastructure is cited as one of the main reasons drivers don’t adopt EVs. One of the big companies in the field is called ChargePoint and new rumors making the rounds suggest the company may be ready to go public.

Reports indicate that ChargePoint is nearing a deal to go public via a reverse merger with Switchback Energy Acquisition Corporation. According to sources cited in the report claiming to be familiar with negotiations, the deal could value ChargePoint had more than $2 billion and be announced early next week. The unnamed sources did warn that the talks could still fall through, and the terms could change.

Word of the deal was enough to push shares of Switchback up 11 percent to $13.32 per share. When ChargePoint was founded in 2007, it had attracted private and venture investor funding, including money from automakers Daimler AG and BMW. Interestingly, the company did get some investment from the Chevron Corp. as well.

Wider availability for charging networks is key to pushing EV adoption. Range anxiety remains a significant issue for many people, particularly those who live in apartments where there may not be a place to charge the vehicle. While many people want longer driving range from their EV’s, something that could offset that desire would be broader availability of high-speed charging stations.

Many feel that if an EV has a shorter driving range but can be recharged very quickly, the need for larger batteries is reduced. There have been no official comments from ChargePoint or Switchback concerning the rumored merger.