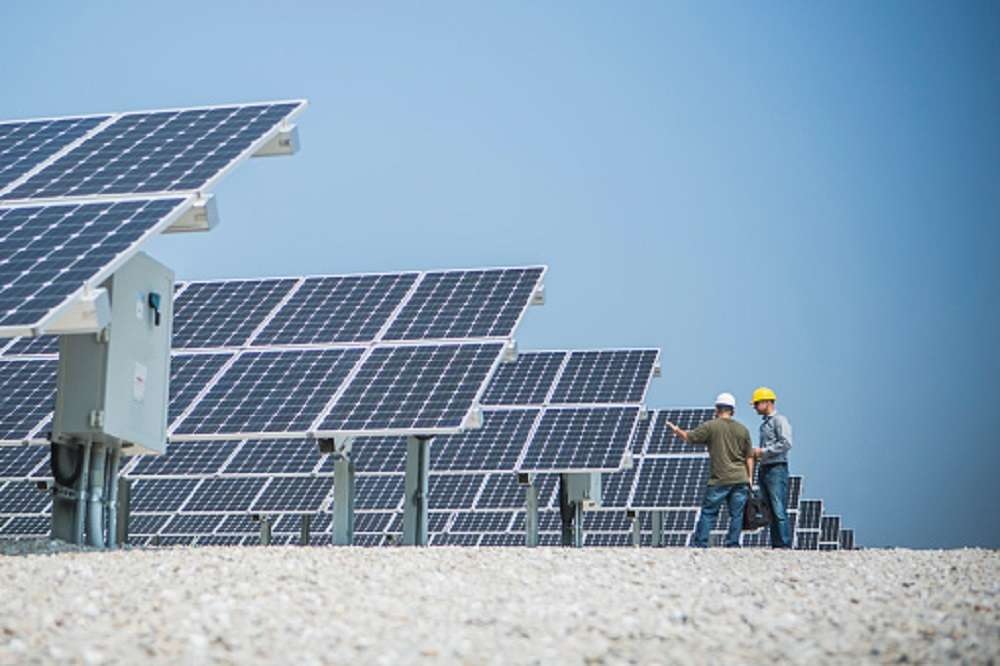 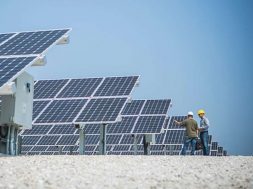 New Delhi: Waste heat generated from photovoltaic solar panels can now be used to purify water simultaneously, according to researchers from Saudi Arabia’s King Abdullah University of Science and Technology.

They have designed a device which consists of a three-stage membrane distillation unit placed on the back of a panel containing silicon solar cells.

The device, through the process of evaporation and condensation, purifies seawater into fresh water.

How does it work?

The process is pretty simple. It includes a stack of water channels separated by porous hydrophobic membranes and heat conduction layers, which are attached to the underside of a commercial PV panel. Waste heat from the panel then vapourizes seawater in the uppermost channel.

The vapour then crosses the porous membrane and condenses as fresh water in a clean water channel just below it. As the vapour gets condensed, its heat is then passed through a thermal conduction layer to the next seawater channel, recycling the energy to purify more water.

The three stacked layers device produced up to 1.64 litres of water per square meter of solar panel surface every hour. That is more than double the water output of traditional solar stills, which use a one-stage design. The solar panel’s electricity output, on the other hand, remains unaffected by the water desalination taking place under it.

“This composite device can significantly reduce capital investment costs by sharing the same land and the same mounting system and thus represents a potential possibility to transform an electricity power plant from otherwise a water consumer to a freshwater producer,” the report said.

According to Natureasia.com, the device is as much as nine times more efficient than existing solar desalination systems. It can help a conventional solar farm produce electricity and freshwater without using additional land, the website quoted Peng Wang whose team designed the device.

It further added that this can produce clean water from not just seawater but brackish water, contaminated surface water and groundwater as well.

The device doesn’t need frequent cleaning and salt removal. The water produced can be used for crop irrigation and drinking.

According to the University website, commercial PV panels turn sunlight into electricity with a maximum efficiency of 20 per cent and the remaining 80 per cent is wasted, mainly just shed into the surrounding air as heat.

The team now aims to incorporate agricultural production into the system, Wenbin says. “Raising sheep in the field of PV farms is feasible because grass grows well using the fresh water from solar-panel washing. A PV farm with sheep grazing while seawater is being desalinated using our device could be ideal in arid regions near the coast,” said Wenbin Wang, a Ph.D. student in Peng Wang’s labs at the University’s Water Desalination and Reuse Center.

Solar farms that install these two-for-one machines could help meet the increasing global demand for freshwater while cranking out electricity, the report said.