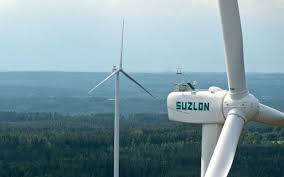 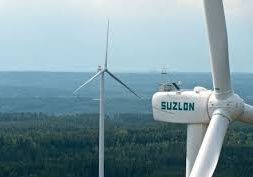 In a regulatory filing, the company said that the debt restructuring completed with unanimous approval of secured lenders

Under the restructuring plan, promoters and key shareholders have infused Rs 392 crore.

In a regulatory filing, the company said that the debt restructuring completed with unanimous approval of secured lenders.

Post the announcement, shares of the company on the BSE hit the 5 per cent upper circuit. Its shares are currently at Rs 5.36, higher by 4.89 per cent from its previous close.

Term debt of the company has been reduced substantially with interest of 9 per cent per annum repayable over 10 years starting Wednesday.

Further, the balance debt of secured consortium lenders has been replaced by 0.01 per cent optionally convertible debenture (OCD) of the company and 0.0001 per cent Compulsorily Convertible Preference Shares (CCPS) of its subsidiary redeemable or convertible in 20 years, it said.

In March, the Suzlon Energy said that its lenders-led by the State Bank of India have approved the resolution plan as per the Reserve Bank of India’s June 7, 2019 circular (RBI).

Suzlon Group CEO J.P. Chalasani said: “We are pleased to have implemented our Debt Restructuring with unanimous approval from the consortium lenders and 99.9 per cent of our FCCB holders. Capital infusion of Rs 392 crores by promoters, key shareholders and various stakeholders demonstrates their commitment and confidence in Suzlon.”

He added that the debt restructuring has resulted in a stronger balance sheet enabling the Company to focus on capturing the tremendous growth potential in the Indian wind energy sector.

Tulsi Tanti, Founder and CMD, Suzlon Group, was of the view that the restructuring has saved thousands of direct and indirect jobs, ensuring the survival of a large number of MSME vendors and protecting 13 GW of operating wind energy assets.

According to CFO Swapnil Jain the restructuring will ease the pressure on the group’s cash flows significantly and give it headroom for ramping up business operations.

“We have reduced our fixed cost steeply and brought down the interest costs by more than 70 per cent. This has resulted in substantial reduction in the break-even point from pre-restructuring levels ensuring a long term sustainable business case,” Jain said.