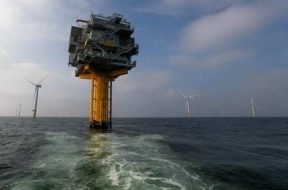 Europe & UK
The offshore wind deal will be the 10th so-called sector deal announced by the government as part of its industrial strategy to intervene in key sectors to tackle weak productivity and bolster businesses ahead of Brexit LONDON: Britain plans to treble the number of skilled jobs in its offshore wind sector to 27,000 by 2030, […]
Read more