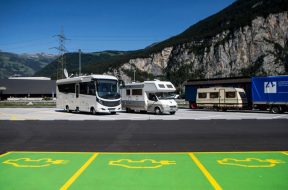 EV Charging
The Swiss government has awarded concessions to five companies to set up additional electric charging stations at 100 rest areas along the country’s motorways. The decision, announced by the Federal Roads Office on Thursday, is part of government plans to boost e-transport. There are currently 24 charging stations at rest areas according to the cantonal […]
Read more