3 Ways U.S. Cities Are Investing in Clean Energy for Resilience 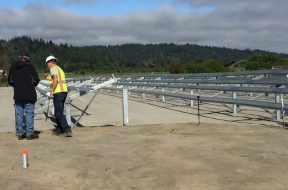 Americas
By 2030, more than 145 million people across the world will be impacted by flooding each year – many of whom live in coastal areas of the United States. Wildfires are growing rapidly in areas of the U.S. where they once were rare, burning more than twice as much land area per year from 2000-2018 than in the previous […]
Read more

Asia - Pacific
Japanese plastics manufacturer Sekisui Chemical is the highest ranked Asian firm in a global index of the most sustainable corporations by Canadian publisher Corporate Knights. CK’s boss says it is ‘worrying’ that there are not more Asian firms in the list. apanese firms rose up the ranks while Singaporean companies lost ground in an annual […]
Read more