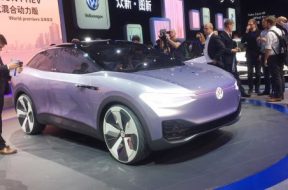 Electric Vehicles
VW is increasing by 50 percent the number of electric vehicles it plans to produce over the next decade. The goal is to build 22 million battery electric vehicles, or BEVs, said Volkswagen CEO Herbert Diess, up from a previous target of 15 million. But by 2025, the company has announced, it plans to add […]
Read more