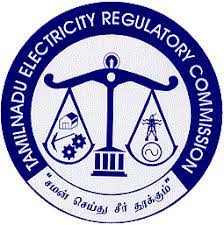 Stipulation that farmers withdraw applications for free power has been dropped.

The Tamil Nadu government has done away with the stipulation that farmers withdraw their applications for free power connections if they want to get covered under the Pradhan Mantri Kisan Urja Suraksha Evem Utthan Mahabhiyan (PM-KUSUM), a Central government scheme for installation of solar pumps with a 70% subsidy.

The decision has been taken as the State is keen on promoting solar-powered pumps in a big way among farmers, according to a senior official of the Agriculture Department.

For Tamil Nadu, the Centre has set a target of installation of 17,000 standalone solar pumps and 20,000 grid-connected solar pumps. The first component is being handled by the Agricultural Engineering Department and the second by the Tamil Nadu Energy Development Agency (TEDA), along with the Tamil Nadu Generation and Distribution Corporation (Tangedco).

The target will have to be met by March 2022. As and when agriculturists get free power connections, the solar-powered pumps can even be made grid-connected, and they will feed electricity into the State grid. For this, the farmers will be “suitably compensated,” the official said.

Under the PM-KUSUM, which is being implemented on a “first come, first serve” basis, a farmer gets total subsidy of 70% of the cost of a pump. Of this, the State’s share is 40% and that of the Union Ministry of New and Renewable Energy 30%. The balance 30% has to be borne by the beneficiary.

For example, on average, a 7.5-horsepower-capacity pump (using alternating current or direct current) costs around ₹3,33,000. As the State and Central subsidy will account for 70% of the cost, a beneficiary will have to spend ₹1,00,000. Nine suppliers have been chosen for the State.

Asked how beneficiaries will be able to raise their contribution, the official said the farmers are being encouraged to use Kisan Credit Cards for availing themselves of collateral-free loans of up to ₹1.6 lakh each.

This year, initially, the authorities have planned to have 1,085 pumps installed, for which the Central government has released ₹11.28 crore and the State ₹14.95 crore. Of the total number of pumps, 511 are earmarked for the Scheduled Castes/Scheduled Tribes, said the official, adding that applicants should have assured sources of irrigation.

Under the second component, 20,000 beneficiaries are being identified from among the existing connections with a load of 7.5 horsepower. As this has to be implemented through net metering, a petition has been filed with the Tamil Nadu Electricity Regulatory Commission for fixation of tariff, an official at Tangedco said.

0
0   0
previous DERC (Business Plan) (First Amendment) Regulations, 2021
next MSR Mega Bio-Power Has Filed a Petition Seeking Determination of the Tariff For the Industrial Waste Based Power Plant of 7.5 MW

Petition of M/s. Tata Power Renewable Energy Limited for approval of the cost incurred due to change in the rate of Basic Custom Duty from 5% to 20% – EQ Mag Pro