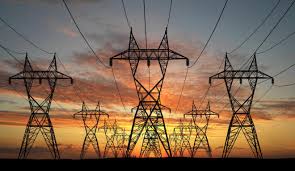 As per data from the Ministry of Power’s payment ratification and analysis portal (PRAAPTI), the state had the second-highest amount of overdue payment at Rs 175.29 billion

CHENNAI: Tamil Nadu Generation and Distribution Corporation Limited (Tangedco), the state power distribution company, has sought a relief package of Rs 32,682.65 crore through power lending agencies as it is is struggling to pay interstate power producers and central generating stations (CGS) after consumption charges collection drastically reduced from the end of March 2020 due to the COVID-19 pandemic.

As per data from the Ministry of Power’s (MoP) payment ratification and analysis portal (PRAAPTI), the state had the second-highest amount of overdue payment at Rs 175.29 billion, of which Rs 149.11 billion has been overdue for over 60 days (form March to May) impacting the payment to IPPs and CGS.

Recently, during a meeting with the state minister for power and renewable energy and Chief Minister, a revised proposal has been sent to the power lending agencies to include the dues till June 2020 for an amount of Rs 32,682.65 crore. “The proposal is under active consideration of lending agencies and as soon as the financial assistance is sanctioned, the pending payments will be cleared to power generators,” Tangedco official sources stated.

It is also learnt that the Union power ministry as a short term relief measure has given instruction to discoms to make at least 50 per cent payment of monthly dues during the period from March to August which Tangedco has complied with. As per Ministry of Power instructions, Tangedco has paid 50 per cent of the monthly bills to interstate power producers (IPP) and partially to CGS.

According to Tangedco, the total outstanding amount towards IPP and CGS for the period up to June is to the tune of Rs 6279.65 crore and Rs 10,382.40 crore respectively.

It is learnt that a few of the IPPs have written letters to Tangedco for encashing the Letter of Credit (LC) that has been provided after the MoP’s intervention last year in July if payment is not released to them promptly.

A Tangedco spokesman said that as per Ministry of Power instructions to maintain payment security to the power generators, Tagedco has ensured that LC is provided to IPPs and CGS from this month onwards.

Power distribution companies across India are in bad shape. According to recent audit reports, discom losses have grown bigger than earlier estimates. Data from the Ministry of Power’s (MoP) payment ratification and analysis portal (PRAAPTI) showed that 65 discoms owed 197 power generators ₹1.199 trillion in overdue payments. Among these, Rajasthan had the highest overdue payment at ₹349.37 billion.

Discoms are currently facing a range of issues such as operational inefficiency, unrealistically low tariffs and sharp fall in industrial power demand which is affecting their ability to pay power suppliers on time putting huge financial stress on generators.